Hundreds of soldiers were seen in the streets a day after army officers said they seized power following the death of Lansana Conte, the president who ruled Guinea for 24 years.

In an apparent show of strength, several hundred soldiers backing Camara left the main military base near the international  airport and began parading through the capital, Conakry, an AFP correspondent said.

They stopped at another military base, Camp Kundara, which houses the presidential guard, then headed for the state broadcasting headquarters, some chanting: “Long live the new leader.”

Camara joined them in different areas of Conakry.

Camara plans to lead a 32-member National Council for Democracy and Development (CNDD), made up of 26 military officers and six civilians, and has promised to hold  new elections at the end of two years.

He said the reason for the military to seize power was “worry about securing territorial integrity”.

“This is why without a deep reflection, the council commits itself to organise free, credible and transparent elections at the end of December of 2010,” he said.

“At the same time, we are asking the population to abstain from taking part in all street demonstrations.”

Speaking in a radio broadcast on Tuesday, Camara had said: “The institutions of the republic have shown themselves to be incapable of resolving the crises which have been confronting the country.

“As of today, the constitution is suspended as well as as political and union activity.”

The coup leaders insist the military did not “wish to cling on to power” and would rule for only a two-year period.

For their part, both Ahmed Tidiane Souare, the prime minister, and Aboubacar Sompare, speaker of Guinea’s parliament, deny that the government has been dissolved.

Sompare, who under the constitution should be taking over as interim head of state, appealed to the world to prevent the coup from succeeding.

He dismissed the coup attempt as involving only a “minority of soldiers and officers”.

The African Union warned on Wednesday of “stern measures” if the military ignored calls to allow a democratic transition of power in Guinea.

Mouctar Diallo, an opposition party leader, said: “I denounce all attempted military coups aimed at overriding the legal institutions and trying to derail the democratic route of the Republic of Guinea.”

Conte died late on Monday in Conakry after a long illness. He was one of Africa’s longest serving leaders.

Guinea will hold a state funeral on Friday for Conte in his home village of Lansanya, which lies around 100km north of Conakry.

Muzong Kodi, an expert on governance in Africa, told Al Jazeera: “There is a succession plan in the constitution, which clearly sets out the transition period.

“It’s actually the national head of the assembly who is supposed to step in and organise the presidential elections within two months.

“What one can hope for is a transition period led by civilians. The last thing the country needs is a military coup.”

Al Hassan Sillah, a journalist in Conakry, told Al Jazeera there are widespread fears that the power struggle could spill over into violence, splitting the armed forces and possibly even pushing the country into civil war.

Sillah said any deterioration in the country could destabilise neighbouring countries.

“Sierra Leone is just a stone’s throw from here and if things degenerate here, it would be very easy for it to spill over to there,” he said. 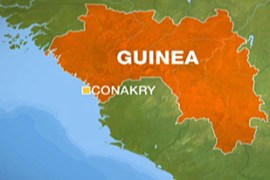 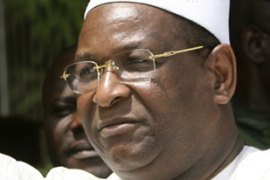 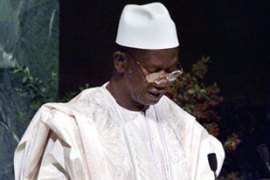