The rocket salvoes that followed, prompted Israel to reverse its decision to allow aid supplies into the coastal enclave through border crossings controlled by the military.

Military officials said the crossings would remain closed until further notice, meaning Gaza residents will continue to face power cuts and shortages of fuel and other essentials.

The closure and the recent upsurge in attacks have cast doubts over the prospects for a renewed ceasefire in Gaza between Israel and Hamas.

A six-month truce brokered by Egypt earlier this year expired on Friday.

Speaking after Wednesday’s rocket attacks, a spokesman for Ehud Olmert, the Israeli prime minister, said Israel had shown restraint until now but vowed to act if the rocket salvoes continued.

Olmert’s security cabinet convened on Wednesday to discuss possible retaliation but did not issue a statement following the meeting.

However, officials speaking on condition of anonymity said a large-scale military campaign against Gaza-based fighters had already been approved, but was being delayed because of difficult winter weather conditions.

Tzipi Livni, Israel’s foreign minister, said Israel would “change the reality” of the situation in Gaza.

“There is a point when all nations and leadership say what we are saying tonight: It stops here,” said Livni, who hopes to replace Olmert as prime minister in elections scheduled for February.

The armed wing of Hamas has said it will continue rocket attacks, warning that “any new aggression against Gaza will blow up like a volcano in the face of the occupiers.”

“[The secretary-general] urges all parties to work to secure the immediate restoration of the calm and an urgent easing of humanitarian conditions in the Gaza Strip,” a statement from his spokesperson said. 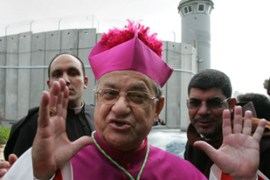 Palestinians gather in town believed to be Jesus’s birthplace to celebrate Christmas. 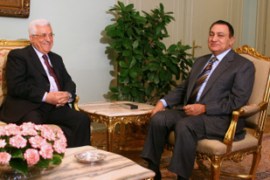 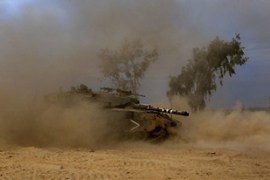