The injured include Russians, Ukrainians and Latvians.

Police said on Monday that six tourists were killed.

It is the third time in four months that an Egyptian bus carrying tourists has overturned with fatal results.

Seven Belgians were killed in an accident in October and three Italians died when a bus overturned in September.

Road crashes are not uncommon in Egypt, owing to reckless driving and poor road conditions. 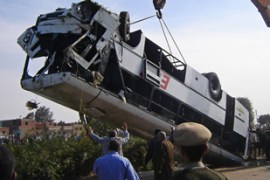 At least 55 people killed after a bus runs into a canal south of Cairo. 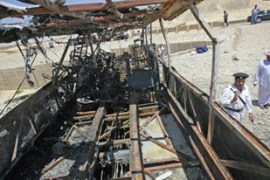 Tourist coach overturns and is gutted by fire in the Sinai peninsula.