Calling Mugabe “completely discredited”, Frazer said that southern African leaders want to know how they can “facilitate a return to democracy without creating a backlash like a military coup or some sort of civil war.”

But Mugabe, who has been in power since 1980, has already dismissed international calls for him to step down.

“They now want to topple the Mugabe government – ‘Mugabe must go because [US president George] Bush is going’,” he said at his Zanu-PF party’s annual congress on Saturday.

“Zimbabweans will refuse that one of their sons must accompany Bush to his political death.”

Although Zimbabwe’s Movement for Democratic Change (MDC) won control of the country’s parliament in a March general election, the group pulled out of a run-off vote for the presidency.

The MDC says that a campaign of violence and intimidation against MDC supporters by Zanu-PDF activists prompted Tsvangirai’s exit from the race.

Talks on the implementation of a power-sharing deal, which would have left Mugabe as president and made Tsvangirai prime minister, have stalled of late.

Mugabe says that new elections could be held “in the next one-and-a-half to two years” if an agreement on power-sharing between Zanu-PF and the MDC cannot be reached.

Frazer said that “there has been no government in that country since the March elections” due to the power vacuum.

But South Africa, the leading diplomatic power in the region, said on Sunday that to keep Mugabe as president, while giving Tsvangirai an office as prime minister, is the only solution to Zimbabwe’s political crisis.

Zimbabwe is also facing economic ruin, with the world’s highest inflation rate of around 231 million per cent.

Frazer said that Washington, which has imposed sanctions on Zimbabwe, will continue to use economic means to pressure Mugabe.

“We were prepared to use American influence to negotiate with the World Bank and the International Monetary Fund to clear the 1.2 billion dollars Zimbabwe debt, but now we are no longer prepared to do that,” she said.

Condoleezza Rice, the US secretary of state, said on Sunday that several countries are keen to see Mugabe step down.

“This is another circumstance in which the international community, most of it – including, by the way, several African states: Botswana, the leadership of Kenya and others – are saying that the regime of Robert Mugabe has got to go,” she said on US television show “Meet the Press”.

“You have a cholera epidemic there. You have a humanitarian disaster in terms of food. You have the goons of the Mugabe regime going around and detaining people and frightening people, terrorising people. Again, the international community in that circumstance needs to act.”

The Southern African Development Community (SADC), a regional bloc, has said that it will send an undisclosed amount of  humanitarian aid to Zimbabwe.

“This is regional solidarity. When you are facing difficulties, you have to count on the solidarity of your brothers. We cannot fail in assisting Zimbabwe, that’s the critical and most important thing,” he said. 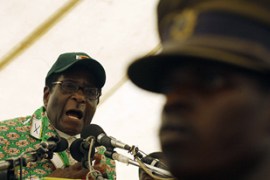 Mugabe: Zimbabwe is mine

President says he will never step down despite deteriorating humanitarian situation. 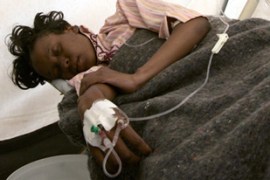 Mugabe: Africans will not remove me

Zimbabwe president says no African nation dares to use military force against him. 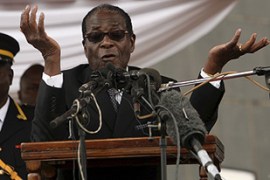 Zimbabwe ‘is ruined’ says US envoy 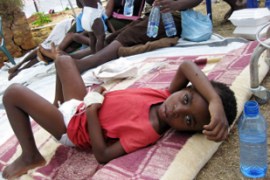 UN urges African states to press Mugabe over outbreak that has hit 18,000 people.