“Our aim is to get residents in faraway towns inviting us to come and govern them according to the way of Allah. The calm in Kismayu has benefited its down-trodden most.”

Most of Kismayu’s residents agree with Ayman, saying they are now able to go about normal life without fear of attacks by marauding gangs of armed men who had terrorised them periodically for nearly 18 years.

“I remember times when young boys with knives used to rob us of our daily earnings. Now we can carry lots of money without any fear of being robbed,” Mohammed Fundi, a porter and Kismayu resident, said.

Seyyid Ali, also a porter in the city, said: “We used to be sort of enslaved. When we load six lorries, we used to be paid for just one or two. Today we get wages equal to our output. We have justice here.”

Peace, at a price

But Mohammed Adow, Al Jazeera’s correspondent in Kismayu, said the apparent peace had come at a price.

“International aid agencies, the lifeline of Somalia’s poor, fled the town because of the fighting.

“They have still not returned as the Islamists have little tolerance for anything – or anyone – foreign,” he said.

Adow said that “the suffering is huge as the poor are largely left to fend for themselves”.

Kismayu has been left with just one hospital to serve the needs of nearly one million people from the city and surrounding areas.

The hospital used to be run by Medicins Sans Frontieres, who were forced to abandon the centre eight months ago after members of staff were killed.

Now, it is common for just one doctor to be on duty at a time, and medical supplies are dwindling.

Dr Ali Hassan, who works at the hospital, said: “Our needs are many. Imagine a hospital like this operating without assistance from government or aid agencies. We have a shortage of drugs, equipment and staff are not motivated in any way.”

Adow described the people of Kismayu as “numb to the myriad problems surrounding them”.

“They [residents] have survived the vagaries of war. They have weathered the almost 20 changes in Kismayu’s administrations over the past 18 years and its people have learned to live with and obey any group that has the upper hand,” he said.

Somalia has had no effective government since a coup removed Siad Barre from power in 1991, leading to an almost total breakdown in law and order across most of the country.

The only relative stability experienced by some parts of the country came during the brief six-month rule of the Islamic Courts Union in 2006.

However, they were driven out of the capital Mogadishu, and other areas, by Ethiopian and government troops – sparking an upsurge in fighting.

Ethiopia is due to remove its troops from war-torn Somalia by the end of the year. 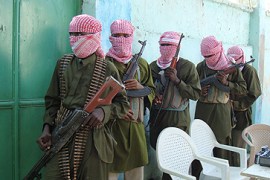 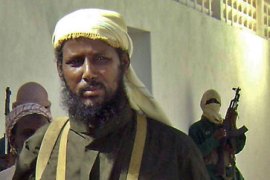 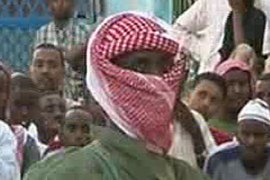 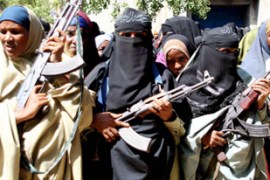