Mullen said he hoped the extra troops – including four combat brigades, an aviation brigade and other support forces – could all be deployed by mid-2009.

“We’re looking to get them here in the spring, but certainly by the beginning of summer at the latest,” he said.

The build-up could nearly double the US military presence in Afghanistan, which currently stands at 31,000 soldiers.

Mullen said he could not give the “exact number” of troops that would be sent, but said 20,000-30,000 represented “the window of the overall increase where we are right now”.

But he cautioned against thinking that a massive influx of US forces would automatically bring peace to Afghanistan.

“It isn’t going to make a difference after those troops get here, if we haven’t made progress on the development side and on the government side,” Mullen said.

Some 70,000 foreign troops are already in Afghanistan, fighting the Taliban with little success.

Colonel Jerry O’Hara, a US military spokesman in Afghanistan, said some troops could deploy in January.

“They will be intent on improving security, maintain what we have attained and to open doors for other developments and improvements to Afghan well-being,” he said.

“When you have a security force that moves into an area and clears the insurgent force, you have to hold on to that area, in order to allow improvements to take place.”

Zeina Khodr, Al Jazeera’s correspondent in Kabul, said reports had emerged that 3,000 US forces will be sent in the January deployment.

“A US military spokesman told us that some of those forces will be deployed at the gates of Kabul, a reference to provinces surrounding the capital, Logar and Wardak,” she said.

“There is a realisation that those provinces are vulnerable – it is the route that Taliban fighters use to get into the capital.”

This year has been the bloodiest for international forces in Afghanistan since the Taliban fell, with nearly 290 soldiers killed.

George Bush, the outgoing US president, who made a surprise farewell visit to Afghanistan on Monday, acknowledged the difficulty of restoring peace to the country, warning that it would take time.

“This is going to be a long struggle. Ideological struggles take time,” he said in Kabul.

But while the US prepares to send more troops to Afghanistan, some Afghans say that efforts should be directed towards boosting native security forces. 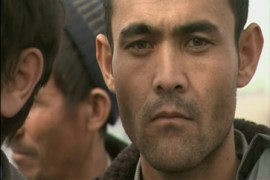 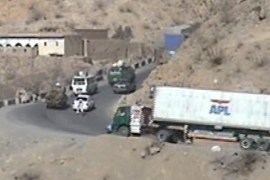 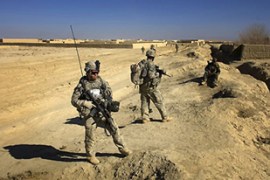 Three Danish and a Dutch soldiers are killed in separate incidents south of the country. 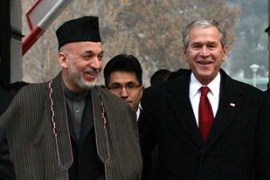