But Bush said on Friday that a bankruptcy was unlikely to work for the car industry at this time and would deal “an unacceptably painful blow to hard-working Americans” across the country’s economy.

Around $13.4bn is to be made available to the car makers in December and January from a $700bn fund originally approved by the US congress to rescue struggling financial institutions.

General Motors will receive $9.4bn of that initial money, while Chrysler will get $4bn, the White House said. Ford, the third big US car manufacturer, says it does not need immediate assistance.

Under the terms announced on Friday, car manufacturers would have through March 31, 2009, to restructure into viable companies – proven by a positive net present value – or see the loans recalled.

“The time to make hard decisions to become viable is now, or the only option will be bankruptcy,” Bush said.

“The automakers and unions must understand what is at stake and make hard decisions necessary to reform.”

In exchange for the loans, the car companies must provide warrants for non-voting stock, and debt owed to the government would have to be paid back with priority.

The federal government would also be given access to the companies’ books and records, and limits would be placed on executive compensation.

The remaining $4bn in loans would be contingent on congress releasing the second half of the $700bn fund to the US treasury.

Henry Paulson, the US treasury secretary, said on Friday that with the first $350bn of the Troubled Asset Relief Programme has been committed and appealed to congress to release the remainder.

“Today’s actions are a necessary step to help avoid a collapse in our auto industry that would have devastating consequences for our economy and our workers,” he said.

“The auto companies must not squander this chance to reform bad management practices and begin the long-term restructuring that is absolutely required to save this critical industry and the millions of American jobs that depend on it.”

“We know we have much work in front of us to accomplish our plan. It is our intention to continue to be transparent as we execute our plan, and we will provide regular updates on our progress,” the company said.

The US firms have been criticised for not responding to market needs and producing more fuel efficient vehicles.

Vehicle sales in the country dropped 37 per cent in November amid the worsening economic crisis.

Chrysler earlier in the week announced it was suspending all 30 of its North American manufacturing plants for a four-week period. Ford and GM also said they would have temporary plant closures due to slumping sales. 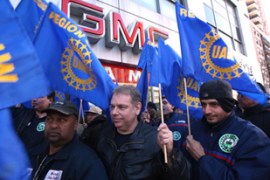 US car maker to halt production for one month amid slump in sales. 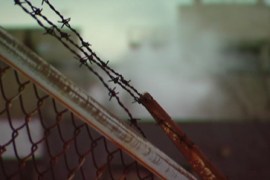 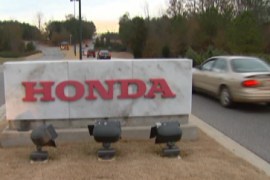 Video: Foreign auto firms in the US

Non-native auto firms are surviving on US soil, while homegrown companies struggle.