Brown originally called for the meeting, attended by the big consuming nations and energy ministers from the Organisation of the Petroleum Exporting Countries, in June, when oil prices were heading towards an all-time peak of more than $147 a barrel.

Since then, prices have dropped more than $100 as the credit crisis and recession have shrunk demand for fuel.

On Friday, New York’s light sweet crude for delivery in January sank as low as $33.44 a barrel.

New York prices have now plunged by about 77 per cent since the record high in July.

London’s Brent North Sea oil for February delivery edged up four cents to $43.40 a barrel, after dipping as low as 43.21.

Brown told the UK conference that the sharp spike in oil prices had “an enormous and damaging impact on the global economy”.

He cited a recent study which estimated “the high oil price took around $150bn out of world economic output this year alone”.

Brown said: “But today with prices falling it is clear that our most pressing challenge now and for the future is oil price volatility. Such volatility is in no one’s interest. Wild fluctuations in oil prices harm nations all round the world.”

“Instability and volatility in oil markets hurt everyone,” he said

Saudi Arabia has said that $75 a barrel is a fair price for oil.

On Wednesday Opec agreed to cut output by 2.2 million barrels a day in order to raise prices, but the move has failed to prevent oil from sliding.

“The market has to wait for this cut to take place before it can react positively to it,” Saadallah Al-Fathi, a Dubai-based oil analyst, told Al Jazeera.

“Nobody expected the financial and economic crisis that we are in now. We are about to re-discover the very strong link between economic growth and oil demand.”

Chakib Khelil, Opec’s president, has said that the group would continue cutting output until the price stabilises.

But some analysts have questioned whether all members of Opec, which produces about 40 per cent of the world’s crude oil, would fully enforce the reduction. 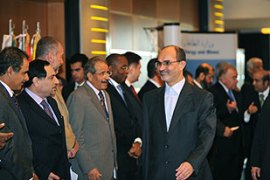 Crude prices stay around $40 a barrel despite largest ever production cut. 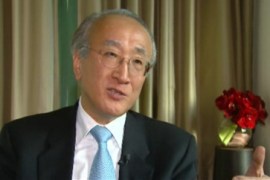 Video: A warning on oil prices

Oil producers and consumers meet in London to discuss ways to stabilise prices. 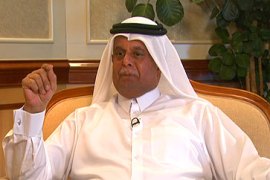