The announcement followed talks between various Palestinian factions within the Hamas-controlled Gaza Strip.

“The first day since the end of the truce has actually been marked by relative calm,” Al Jazeera’s Ayman Mohyeldin reported from Gaza.

But Palestinians fear the ceasefire’s end will mean the resumption of daily Israeli incursions and air raids across the territory, our correspondent said.

Two rockets were fired from the Gaza Strip into southern Israel shortly after Hamas declared that the ceasefire had ended, the Israeli military said.

No injuries or material damage were caused by the rockets, an Israeli military spokeswoman said.

While Hamas stopped short of threatening an escalation in military action and neither side has said it will go on the offensive, Fawzi Barhum, a Hamas spokesman, underlined that Hamas has “the right to respond to any Zionist aggression against the Palestinian people”.

Ehud Barak, the Israeli defence minister, had indicated earlier that Israel would respond if attacked.

“When the situation requires us to, we will act … we are not afraid of launching a large-scale military operation in Gaza, but there is no need to rush into it,” he said.

Al Jazeera’s Jacky Rowland, reporting from Jerusalem, said Israel had been keen to extend the Egyptian-brokered truce – particularly as the country is expected to hold a general election in February.

Hamas and the Israelis have blamed each other for violating the ceasefire agreed to in June, with Israel saying it would re-open border crossings and end military operations when Gazan fighters stopped launching rocket attacks on southern Israel.

Abu Ahmed, a spokesman for Islamic Jihad’s military wing, the al-Quds Brigades, said that his group had strengthened during the truce.

“During the calm we trained and prepared ourselves for the period after the calm. We will deploy to the front lines along the border and reinforce our positions there with new weapons that we have brought,” he said.

Israel has long complained that Palestinian armed groups use periods of ceasefire to regroup and procure more weapons.

Meanwhile, a UN report said that Israel’s blockade of the Gaza Strip had created a “profound human dignity crisis”.

The UN Office for the Co-ordination of Humanitarian Affairs said unemployment now stands at 49 per cent, up from 32 per cent a year ago.

Many residents of Gaza City are without power for up to 16 hours a day and half the residents receive water only once a week for a few hours, the report said. Eighty per cent of the drinking water is substandard.

The report came after the UN agency stoppped food aid to about half of the strip’s 1.5 million people after the blockade caused it to run out of wheat flour.

Robert Serry, the UN envoy to the Middle East, warned that “a major escalation of violence would have grave consequences for the protection of civilians in Israel and Gaza”.

“A priority must be to ensure calm in and around Gaza and urgently improve humanitarian conditions,” he said. 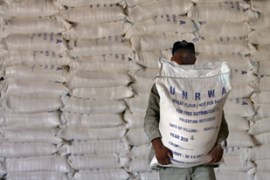 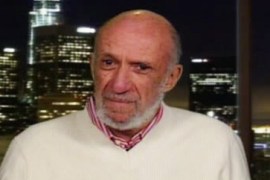 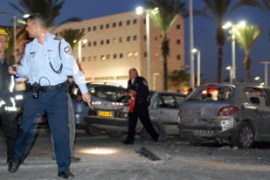