“Given the limited means available to the inquiry, I was not able to find any proof, in the legal sense of the term, of political influence on the magistrature,” Ghislan Londers,the supreme court president, said.

“But there are indubitably strong indications in this sense,” Londers said in a “detailed note” to the speaker of the Belgian federal parliament.

Jo Vandeurzen, Belgium’s justice minister, resigned in the wake of the allegations.

Vandeurzen found the note to be “too overwhelming” and resigned, the Flemish daily De Standaard said on its internet site.

The king can choose to reject the government’s resignation.

Fortis was carved up by the Dutch, Belgian and Luxembourg governments with France’s BNP Paribas buying the Belgian operations after an $16.1bn cash injection failed to calm investor concerns over its health.

Angry minority shareholders launched a legal action against Belgium’s government over the sale.

Leterme’s office stands accused of trying unsuccessfully to persuade the appeals court not to grant a legal appeal by the shareholders against the break-up issued a week ago. 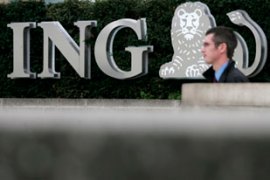 Investment in bank follows announcement that it expects to make a $670m net loss. 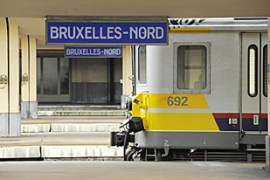