The camp was opened in 2002 to hold prisoners captured during the Bush administrations so-called war on terror in Afghanistan and Pakistan.

Since then it has been criticised over reports of abuses, including the use of harsh interrogation practices such as waterboarding, which simulates the sensation of drowning, the military tribunals faced by detainees.

Among the issues to be settled before the prison closes are what to do about the military tribunals under way and the fate of about 60 detainees that US officials have approved for transfer to their home countries.

Khalid Sheikh Mohammed, the alleged planner of the September 11 attacks on the US in 2001, and four others, pleaded guilty to war crimes charges at the tribunals earlier this month.

Appointed by George Bush, the US president, as defence secretary, Gates has agreed to stay on in the Obama administration.

Gates has also said Guantanamo should be closed.

“I think we can provide alternatives to it,” he said in an interview on Wednesday with PBS television in the US.

“I would like to see it closed. And I think it will be a high priority for the new administration,” he said.

But he also said that closing the prison will require passage of laws to prevent dangerous detainees from being released in the US. 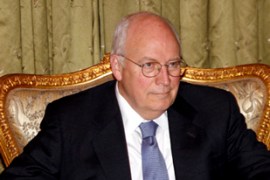 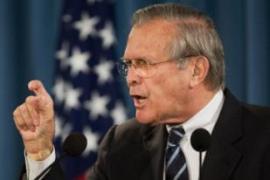 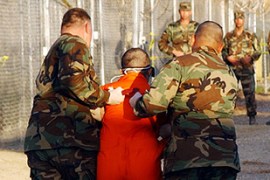 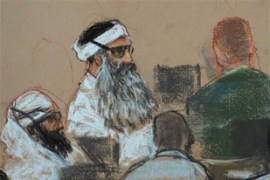 Khalid Sheikh Mohammed and four others ask to confess at Guantanamo tribunal.