Britain, Washington’s top ally in the US-led invasion of 2003, currently has about 4,100 troops in Iraq, based at Basra airport outside the southern oil port city.

“The role played by the UK combat forces is drawing to a close. These forces will have completed their tasks in the first half of 2009 and will then leave Iraq,” according to a joint statement by Brown and Maliki.

The timetable reflects a bill approved by the Iraqi cabinet calling for all foreign troops except for American forces, who are governed by a landmark US-Iraq security pact, to end their missions by the end of May and pull out definitively by the end of July.

Under the so-called Status of Forces agreement, which will govern the presence of US troops when a United Nations mandate expires at the end of the year, combat forces will withdraw from towns and cities by June 30 and from the entire country by the end of 2011.

Brown said he would make a statement to British parliament on Thursday on troop numbers in Iraq, adding: “The biggest reduction will be at the end part of the period.”

During his visit, Brown is also expecting a progress report on four key objectives due to be completed before the pullout.

These include training the Iraqi army in Basra, transferring Basra airport to civilian use, aiding local economic development and providing support for the January 31 provincial election, the first vote in the country since 2005.

The election is seen as a milestone in shifting power to the country’s feuding communities and has been planned against a backdrop of declining violence.

“The partnership between the two countries will continue to take on new dimensions and will be strengthened through co-operation in all areas due to the prominent position of the UK within the European Union and the United Nations security council,” the joint British-Iraqi statement said.

British troop numbers peaked at 46,000 in March and April 2003 for the invasion which toppled Saddam Hussein but plunged the country into years of a deadly insurgency and near civil war.

A total of 178 British troops have died since the invasion. The last died from a self-inflicted gunshot wound last Thursday.

Visit is expected to focus on fate of British troops remaining in Iraq. 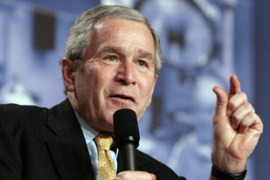 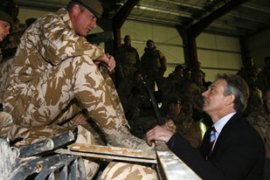 Britain and Denmark are expected to announce a timetable to withdraw troops from Iraq. 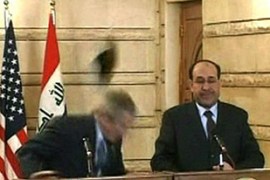 Iraqi military denies al-Zaidi has been mistreated while in detention.