Chinese state media said a “multilateral” force with helicopters hovered over the ship and successfully fought off the pirates.

The Chinese boat was one of four vessels captured by pirates on Tuesday.

A yacht, an Indonesian tugboat and a Turkish cargo ship were also seized, Andrew Mwangura from the East African Seafarers Assistance programme said.

Piracy off the coast of Somalia this year has earned gunmen millions of dollars in ransom and hiked shipping insurance costs.

The seizures have prompted some of the world’s biggest shipping firms to switch routes from the Suez Canal and send cargo vessels around southern Africa instead – which could push up the cost of commodities and manufactured goods.

Warships patrolling the seas off Somalia and escorting ships have not been enough to tackle the pirates.

But a new UN Security Council resolution, adopted unanimously, allows states to take “all necessary measures in Somalia, including in its airspace” to stop the pirates.

The Somali government, which controls only the capital Mogadishu and the city of Baidoa, has said it does not have the resources to tackle the problem.

The pirates are mostly based in the northern Puntland region.

Officials there welcomed the UN initiative.

“We … have agreed to support this resolution,” Abdulqadir Muse Yusuf, Puntland’s assistant minister for fisheries, said.

“We want our security forces to work with the UN forces because we are the main victims of piracy.”

Mohammed Adow, Al Jazeera’s correspondent who recently returned from Somalia, said it will be very difficult for any countries volunteering to fight pirates on Somali soil to do so.

“They would need a partner in Somalia and this is lacking – most of central and southern Somalia is controlled by Islamists and mujahidin militias.

“If they see any foreign forces coming in, they will direct their war on them.

“Also, there are huge logistic problems. There are no proper roads, nothing you can talk about in terms of infrastructure.”

Adding to these problems is the political crisis which has escalated during the last week.

Abdullahi Yusuf Ahmed, Somalia’s president, has sacked the government and appointed a new prime minister despite the parliament’s support for the current premier, Nur Hassan Hussein.

Al Jazeera’s correspondent said that the divided parliament and tensions between Hussein’s faction of government and Yusuf’s faction is raising fears of armed conflict between the two blocks.

Nineteen ships and nearly 400 crew are still being held in pirate hideouts along the Somali coast. 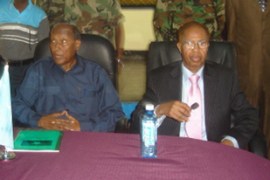 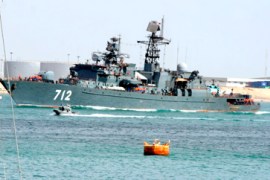 Al Jazeera meets a survivor who was kidnapped by pirates off the Somalia coast. 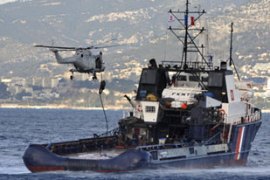 European forces set to patrol Horn of Africa as attacks on shipping soar.