According to The Wall Street Journal, the Wunderkinder Foundation, the charity set up by Stephen Spielberg, the Hollywood film director, had invested heavily with Madoff.

Also affected was the Foundation for Humanity, set up by Elie Wiesel, a Holocaust survivor, the newspaper reported.

The Chais Family Foundation, a charity that gives away about $12.5m annually to Jewish causes, has been closed.

Avraham Infeld, the foundation’s president, said: “The entire fund was invested through Mr Madoff, and as a result the fund has been completely obliterated.”

The Robert Lappin Charitable Foundation, which paid to send young Jews to Israel, also revealed that it had invested with Madoff.

The Jewish Federation of Greater Los Angeles was badly hit, losing about $6.4m or about 11 per cent of its endowment.

Madoff was arrested on Thursday and allegedly confessed to defrauding investors of $50bn in a scam that collapsed after clients asked for their money back due to the global financial crisis.

US authorities allege that Madoff delivered consistently strong returns to clients by secretly using the principal investment from new investors for payments to other investors in what is known as a “pyramid fraud”.

The scheme apparently worked as long as Madoff could attract new investors, but seems to have unravelled when some of his clients asked to withdraw their investment – only to discover that his seemingly brimming coffers were empty.

Dominique Strauss-Kahn, the IMF chief, said he was shocked that US regulators had failed to identify and prevent the alleged fraud.

“The surprise is not that there are some thieves in the system, the question is where were the police? It’s very surprising to find you’re living in a system where a failure of the regulatory system was so big,” he said.

Cyrus Daruwala, the Asia pacific managing director of the research firm Financial Insights, told Al Jazeera that regulators had been “absolutely unaware” in part due to Madoff’s status in the financial world.

“Would you doubt the person who actually is the founder and started Nasdaq? The person who ran securities and futures commission? They all thought ‘well, he knows best’,” he said.

“Regulators are a bunch of people who take a few compliance issues … try to implement them to the local jurisdiction and hope that they work. They’re not people who are two steps ahead of the system, they’re followers of the system.”

The scandal has emerged as institutions grapple with the global financial crisis and politicians and the public call for greater regulation.

“It is not that big a sum relatively, but it clearly is at the wrong time,” Daruwala told Al Jazeera.

Banks and investors across Europe have been hit by the alleged fraud.

Among them, Santander, the eurozone’s biggest bank, annocuned it had an exposure of more than $3m to Madoff Investment Securities in New York, while HSBC, Europe’s biggest bank, reported it may have lost about $1bn.

Fortis Bank in the Netherlands said it stood to lose up to $1.37bn in the suspected scam, despite lacking direct exposure to the Madoff firm.

UK-based hedge fund manager Man Group said it had invested $360m in Madoff Securities. The fund said in a
statement that “it appears that a systematic and comprehensive fraud may have been committed”.

Retail banking giant BNP Paribas revealed potential losses of $480m, Japanese financial giant Nomura said it could lose up to $303m and officials in South Korea said financial institutions there had a total exposure of some $95m.

In the US, the Securities Investor Protection Corporation (SIPC), which helps investors whose money is in failed brokerage firms, said on Monday it was liquidating Bernard Madoff Investment Securities.

“It is clear that the customers of the Madoff firm need the protections available under federal law,” said Stephen Harbeck, SIPC’s president, in a statement.

But Harbeck warned that “it is unlikely that SIPC and the trustee will be able to transfer the customer accounts of the firm to a solvent brokerage firm,” due to the state of the Madoff firm’s records. 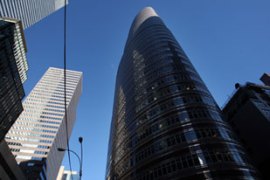