Ron Gettelfinger, president of the United Automobile Workers’ union, welcomed the White House and Treasury announcements as “great news” but warned that the funds were needed “as quickly as possible” to prevent the loss of millions of jobs.

Gettelfinger, who has access to the financial records of the so-called Big Three manufacturer, has said General Motors will run out of cash before 2009 without government help and Chrysler will not be far behind.

On Friday, GM announced it another 250,000 vehicles from its first-quarter production schedule, a third of its normal output, by temporarily closing 21 factories across North America. Many will be shut for the whole of January.

Ford says it is in better shape but could be harmed if the two other companies go under.

Harry Reid, the Democratic Senate majority leader, said on Friday that he was “encouraged” by the latest announcements and “appreciative of the administration’s change of heart”.

However Perino said: “While the federal government may need to step in to prevent an immediate failure, the auto companies, their labour unions and all other stakeholders must be prepared to make the meaningful concessions necessary to become viable.”

The failure of the $14bn rescue plan after Republicans and Democrats were unable to agree a compromise over workers’ wages and benefits pushed down world markets and hit the share prices of other vehicle manufacturers.

On Friday, US stocks fell quickly after trading began, with the Dow Industrial share index opening down 53.84 points, or 0.63 per cent, but later rallied.

Al Jazeera’s John Terrett in New York said the rally appeared to show that investors believed that the White House would eventually provide the aid to the car manufacturers.

On Friday, Barack Obama, the US president-elect, again urged the White House and politicians to find a way to agree a deal.

Some US senate Republicans had baulked at giving any of the so-called Big Three federal aid unless the powerful workers’ union agreed to a cut in wages next year to bring them into line with those of Japanese car manufacturers.

The United Auto Workers union has objected to a commitment on union wages alone without scrutiny of what Toyota pays its managers, dealers and suppliers.

Other Republicans have opposed the deal out of principle, saying it was tantamount to nationalisation.

Ford, Chrysler and General Motors (GM), spent weeks pleading with US politicians to assist their ailing firms, saying their collapse could devastate the economy and cause millions of job losses.

Under the proposed bailout terms, the loans were intended to assist the firms until the end of March 2009, after which future help would depend on the quality of “restructuring” plans demonstrating their viability.

A presidentially appointed trustee, or “car czar” would have then enforced the loan conditions and judged the restructuring plans, with the power to recommend bankruptcy if he or she deemed the companies’ plans to be insufficient. 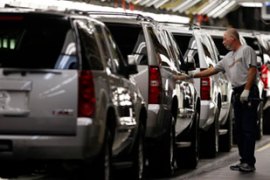 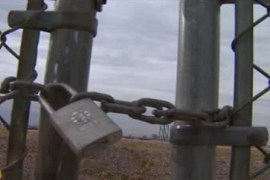