“As a matter of principle and coherence, we should send a clear signal of our willingness to help the US government in that regard [closing Guantanamo], namely through the resettlement of the detainees.”

Daniel Gorevana, from Amnesty International, told Al Jazeera that the Portuguese offer was a call to other European governments to help solve “the Guantanamo problem”.

“As part of that they [Portugal] are offering to take individuals from Guantanamo whether they are cleared for release through the official US system or not,” he said.

“I think it’s important to note that the US system of clearing individuals at Guantanamo is fairly arbitrary and most of the individuals who have been released from Guantanamo have not gone through that process.

About 255 men are still held in the prison, including 50 the US has cleared for release but cannot repatriate for fear they will be tortured or persecuted in their home countries.

“There’s a large Yemeni population [in Guantanamo] and we know that US is in negotiations with the Yemeni government to repatriate some of those individuals. There’s a smaller number of detainees that the US plans to charge and try,” Gorevana said.

“They’re currently doing that under the military commission system and Amnesty are calling for those detainees to be transferred to the US and charged in federal criminal courts.”

Closer to the goal

Albania is the only country that has accepted detainees on humanitarian grounds, taking in five members of China’s Uighur ethnic minority in 2006.

Portugal’s offer to take in detainees will bring the US closer to its goal of closing the offshore military prison, a US diplomat said on Thursday.

Clint Williamson, the ambassador-at-large for war-crimes issues, said the gesture marks a breakthrough in efforts to find new homes for detainees who would risk persecution or torture in their native countries.

“We certainly welcome this initiative,” Williamson said in an interview with the Associated Press news agency.

“We have approached over 70 countries at this point, and I personally visited a number of those capitals, raising this with other governments.”

Obama has also pledged to move the remaining prisoners’ “terrorism” trials into regular US civilian or military courts.

Williamson said governments have been reluctant to accept the men because of security and political concerns.

“In some cases, they have just been reluctant to associate themselves with an unpopular policy related to Guantanamo,” he said. 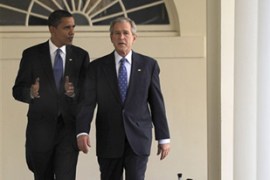 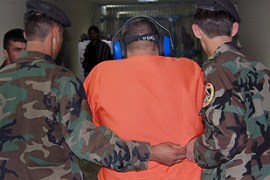