Police officers trailed De Menezes as he left his home in south London and travelled to Stockwell underground station in the mistaken belief he was one of the would-be July 21 bombers, Hussain Osman, who lived in the same apartment block.

However, members of De Menezes’ family – who walked out of the court last week when coroner Sir Michael Wright barred the jury from giving an unlawful killing verdict – branded the inquest a “whitewash”.

“After three months of evidence, 100 witnesses and millions of pounds, the coroner, Sir Michael Wright, has presided over a complete whitewash,” the family said in a statement.

“He [Wright] has failed on every count of the purpose of an inquest investigation.”

The jurors challenged police claims about the killing – including the suggestion that De Menezes had moved towards a police marksman in the moments before he was shot.

The jury also rejected a firearms officer’s claim that he shouted “armed police” before opening fire at De Menezes, and said the Brazilian did not move towards one of the officers before he was killed.

After the verdict, Sir Paul Stephenson, acting head of London’s Metropolitan Police, apologised for De Menezes’ death, which he described as a “terrible mistake”.

“We must and do accept full responsibility for his death,” Stephenson said. “In the face of enormous challenges faced by officers on that day we made a most terrible mistake. I am sorry.”

Stephenson also noted the coroner’s intention to submit a report on recommendations on further action the Metropolitan Police should take following the inquest.

Paul McKeever, chairman of the Police Federation of England and Wales which represents rank and file officers, said the shooting needed to be seen in the context of the “unprecedented level of threat” that London was facing at the time.

The Metropolitan Police force was heavily criticised in a 2007 report on De Menezes’ killing.

The controversy over the death contributed to the resignation of the then head of the Metropolitan Police, Sir Ian Blair.

The Metropolitan Police were prosecuted in 2007 for breaches of health and safety legislation. While the force was convicted of “endangering the public” no individual officer was held responsible – paving the way for the inquest to begin.

The inquest heard evidence from about 100 witnesses, including the two officers who shot De Menezes at the underground station in south London.

Witnesses spoke of uncertainty and indecision in the force’s control room and said officers were unable to access photographs that could have ruled out De Menezes as a bomb suspect.

Mark Stephens, a lawyer representing the De Menezes family, said the police force must learn lessons from the incident.

“You can’t go around killing people by accident … it’s important that the lessons learned from this are adopted by the police,” he said. 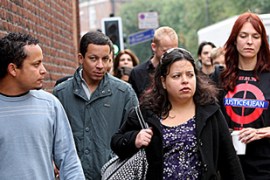 Inquiry to investigate fatal shooting of man mistakenly identified as a bombing suspect. 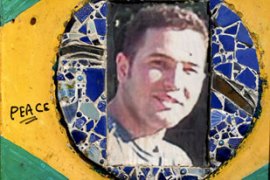 Brasilia says it will keep insisting the guilty be held responsible for the Brazilian shooting.