Qurei’s comments came before Mahmoud Abbas, the Palestinian president, was due to meet Bush at the White House next week.

Palestinian negotiators are not looking for the right of return of all refugees and their descendants, a group of several million people, Qurei said.

“We should reach a mutual position on this issue.”

Israel has said in the past that it will not accept large numbers of Palestinians, arguing that mass repatriation would ruin the Jewish character of the state.

But Israel has so far not aired its position on the future of Jerusalem, the most contentious issue in the negotiations, he said.

“What is interesting to note is that these comments are old and new at the same time. What Qurei was probably trying to do … was probably nudge the Israeli politicians back into mainstream rhetoric,” Nour Odeh, Al Jazeera’s correspondent in the West Bank city of Ramallah, said.

“There has been an increase in radical statements by Israeli politicians, including Tzipi Livni, who was Qurei’s main partner in negotiations this year.

“She has made a few statements about the status of negotiations that have infuriated Palestinians, including her thoughts about Palestinian Israelis and that they should go to the Palestinian state once that is established.”

The Israeli government did not immediately comment on Qurei’s comments.

Ehud Olmert, the Israeli prime minister, has in the past said that Israel would have to give up some Arab neighbourhoods of Jerusalem.

However, the Orthodox Jewish Shas Party has said it will pull out of the coalition government if Jerusalem is even discussed in negotiations.

Israel is set to hold a general election on February 10, while the US is preparing for the inauguration of Barack Obama, the country’s president-elect.

Olmert will step down as prime minister after a successor is selected and has already been replaced by Tzipi Livni as head of the ruling Kadima party.

Abbas is also facing a leadership challenge from Hamas, who hold de facto control of Gaza after routing forces in June 2007 to the president and Fatah leader.

Hamas has said that Abbas’s term in office ends in January but he insists that the presidential election should held alongside legislative elections in 2010.

Benjamin Netanyahu, leader of the right-wing Likud party, is leading Livni in opinion polls in the run-up to the Israeli election.

Netanyahu, who is against territorial concessions, has said he would not continue the current negotiations with the Palestinian Liberation Organisation, which have stalled in recent months.

Netanyahu, if elected, may try to seek to put an end to the negotiations, Qurei said.

“There is a possibility that if Netanyahu wins, he will begin things from the point of zero,” Qurei said, adding that there is no joint written record of the negotiations.

But Qurei also noted that during a term as prime minister in the 1990s, Netanyahu signed two interim agreements with the Palestinians.

“Therefore, a person in the position of responsibility could change contrary to his position in the opposition,'” Qurei said.

“At the end of the day, we’ll deal with anyone who wins the election.” 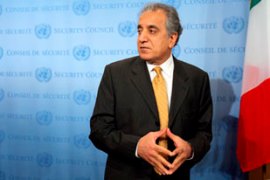 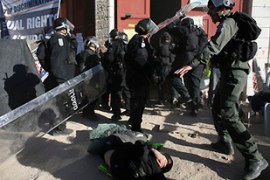