Nicolas Sarkozy, president of the EU, described the deal as “historic”.

Under the agreement, European industries exposed to international competition will get free emissions permits if they face a five per cent increase in costs.

But Greenpeace, WWF and other environmental groups denounced the agreement as “a dark day for European climate policy”.

“European heads of state and government have reneged on their promises and turned their backs on global efforts to fight climate change,” they said in a statement.

They accused the leaders of choosing “private profits of polluting industry over the will of European citizens, the future of their children and the plight of millions of people around the world”.

The French concessions allowed more “polluting rights” to be given out for free rather than be paid for, the statement said.

The groups called on the European parliament, which must also approve the deal, to “amend the worst parts”.

Meanwhile, delegates at a UN climate conference in Poland said that they had agreed to unblock millions of dollars held in an adaptation fund to help poor countries cope with the effects of climate change.

Until now, the fund could not operate because its board had no right to sign contracts.

Alam said it could still take up to a year before money is distributed to poor nations.

Oxfam, the international aid agency, said the negotiations had not shown the urgency and political will needed to fight climate change and keep millions of people safe.

Barry Coates, senior Oxfam executive, said: “The lack of progress in Poznan merits outrage – most of all from the millions of poor people already experiencing the devastating impacts of climate change. They cannot afford delay.”

While it recognised progress on the adaptation fund had been made, it said the amount available was far too little.

Coates said: “Here in Poznan, the negotiators looked into the money box, but it is still almost empty, less than one per cent of what is needed.

“It is irresponsible that rich countries should use the financial crisis as an excuse. The amounts of funding required are a tiny fraction of the finance bail-outs.” 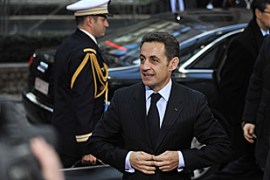 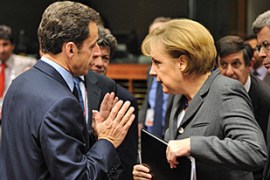 Deal sees each member investing 1.5 per cent of gross domestic product into their economy.