He said people had been queueing up outside banks ahead of the arrival of the lorries containing the money from across the border.

Kamal Hassuneh, the Palestinian economy minister, said the approved transfer was
insufficient to pay the salaries of government employees.

“We need $70-to-$75 million for salaries. And we need to transfer this amount every month, not just one time,” he said.

Ehud Barak, Israel’s defence minister, approved the transfer following a “personal request” by Salam Fayyad and Stanley Fischer, the head of Israel’s central bank, “in view of the severe cash crisis in Gaza,” his office said.

The Palestinian Authority was ousted from Gaza after Hamas seized power in June 2007, but continues to pay the salaries of around 70,000 civil servants in the territory. 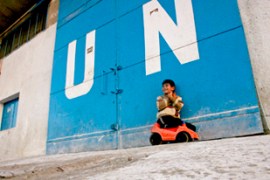 Two Arab Bank branches in Gaza City have been closed after coming under siege from civil servants who have not received their salaries in their bank accounts. 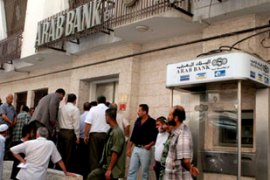 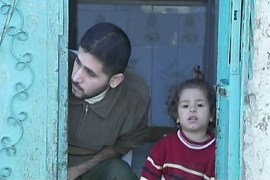 Few inhabitants will be able to enjoy the Muslim festival properly due to Israel’s blockade.