Basescu said Stolojan “is capable of handling the effects of the economic crisis and has the necessary authority to ensure the smooth functioning of government”.

Under Romania’s constitution, Stolojan has 10 days to secure parliament’s approval of his cabinet and the various ministerial portfolios.

If his administration is approved, he is likely to have to push through unpopular spending cuts seen as necessary to help manoeuvre the economy through the current global financial crisis.

Shortly after his nomination, Stolojan pledged to quickly draft a budget plan for next year and revive reforms which were stalled in the last two years.

But analysts have warned that if he were to form a coalition with the Social Democrats his ability to tighten fiscal reins could be damaged by the PSD’s expansionary policy plans.

During years of rule after the bloody anti-communist revolt in 1989, the PSD has been criticised for botched reforms and for allowing corruption to fester.

Several of its top politicians were investigated for fraud and some were indicted, but most probes were blocked by parliament as Romania struggled to enforce justice reforms. 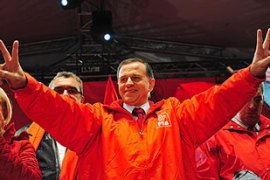 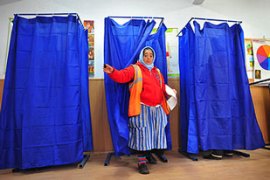 Leftists ‘ahead’ in Romania polls 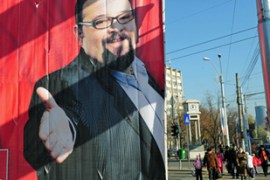