The loans of $15bn are intended to shore up GM, Chrysler and Ford throughout March, giving president-elect Barack Obama time to address their crisis after he takes office on January 20.

The planned package is well short of the $34bn that the “big three”vsay they need to ensure their long-term survival.

Senator Carl Levin from Michigan, where most of the US car industry is based, said that an “agreement has been reached,” and that a bill would soon be signed.

“This gets us to the 20-yard line, but getting over the goal line will take a major effort,” he said.

The key point for the White House is that the ailing companies prove they are “viable”, a senior administration official said.

The White House is also looking for a “car czar” to oversee the bailout funds and to ensure that that the firms restructure their operations.

The government can withdraw funds should the designee decide that a company has not made sufficient changes, the senior administration officials said.

In exchange for the loans, the Detroit-based firms must improve the fuel efficiency of their vehicles and examine using their excess capacity to build bus and rail cars for public transport.

Congressional Republicans have been critical of the planned deal, saying that the car firms should not receive state funds in return for poor management of their business operations.

“Taxpayers should not be asked to finance any firm unwilling to make the difficult decisions across the scope of their businesses,” Perino said.

For his part, Obama has said that it would be “unacceptable” for the US car industry to fail, but he said on Sunday he wanted the business dealings of car firms to be supervised.

Should the loan package be approved, GM and Chrysler will first receive the funds, to stave off their respective cashflow crises.

Ford is also suffering due to a severe drop in sales, says it faces no immediate liquidity crisis but that it needs about nine billion dollars worth of credit.

Although the Democrat-led congress is willing to lend more than $15bn, the Bush administration has said that it is not willing to agree on a larger package. 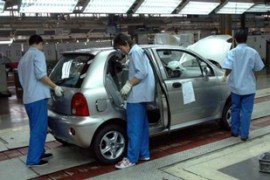 US automaker calls off China partnership talks due to financial crisis. 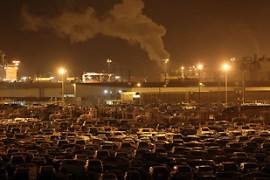 Deal ‘likely’ on US auto bailout 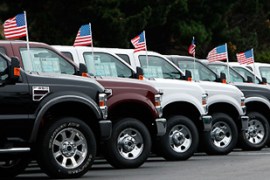