It said weather conditions were better in 2008 than in previous years but the country will still fall short of cereals and grains, even with imports and aid.

The agencies said North Korea needed 800,000 tonnes in food aid until the next harvest in October 2009.

“Despite good weather and hard work by farmers and many city dwellers, they could not overcome critical shortages of fertiliser and fuel,” he said. “The prospects for next year are bleak.”

The UN agencies say they expect the food shortage to mostly hit young children, pregnant and nursing women, as well as the elderly.

“With such a large food gap, accessing enough food and a balanced diet will be almost impossible, particularly for families living in urban areas or in the remote food-deficit provinces in the northeast,” Torben Due, the WFP representative in North Korea, said.

“This could have grave consequences for the health of the most vulnerable groups.”

The report blamed the food shortage on the decline in soil fertility, floods in August 2007 and structural issues such as constraints on market activities, among other reasons.

The impoverished North has relied on foreign aid to feed its people since natural disasters and mismanagement devastated its economy in the mid-1990s. 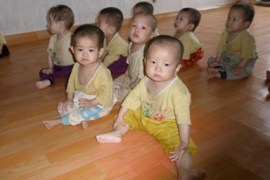 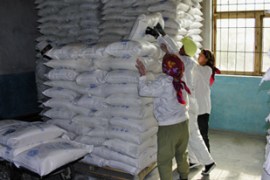 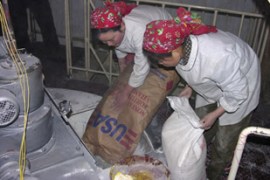 World Food Programme estimates that 6.5 million people do not have enough to eat.