Five mission members have been deployed in Mitrovica’s courthouse.

“The rest of about 100 forces are police officers from the special police units and other departments,” Reuter said about the force in the Serb-controlled north.

Kosovo’s minority Serb population of about 120,000 refuse to deal with Pristina institutions, leaving them in an uncertain legal status between Kosovo and Serbia authorities.

The situation is especially stark in Mitrovica, where Serbs live on one side of the river and Albanians on the other with little interaction.

The EU hopes its new mission will help build government institutions in the poorest corner of the Balkans, a region still recovering from the wars of the 1990s when Yugoslavia collapsed.

In February, the EU decided to send a mission to take over from the United Nations mission running the province since 1999 when Nato bombing drove Serb forces out.

But its deployment has been delayed due to Serb opposition which sees the effort as a symbol of Kosovo independence.

In the Serb-held north, French (Nato forces in Kosovo) troops also stepped up security to prevent violence and no incidents were reported.

French Colonel Herve Messiot, responsible for Eulex command in the area, said his policemen in Mitrovica would have an advisory role.

The mission would be dealing with organised crime, ethnic-based crime, war crimes and will intervene when local authorities have unsolved cases.

The 27-nation EU won Serbia’s consent by amending the deployment plan to enable police, judiciary and customs officers in Serb-held areas to report to the remaining UN administration.

Albanian counterparts will work within Kosovo’s ministry of interior and with Eulex.

Pristina’s leadership opposed the deployment plan which said it would lead to a de facto partition of Kosovo.

Several thousand ethnic Albanians have staged two protests against EULEX
in Pristina in the past two weeks. 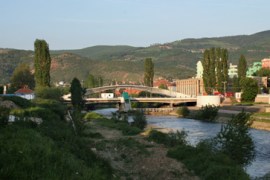 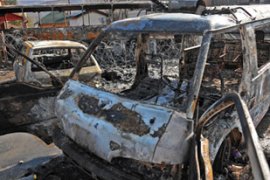 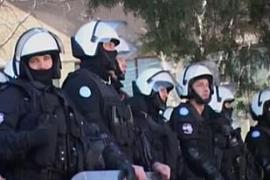 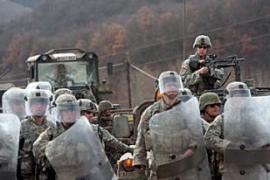