“We stand ready for co-operation in all areas with a view to preventing such acts of terrorism, investigating the recent attack, and establishing a global system of protection against terrorism,” Medvedev said.

Medvedev also said that Russia was ready to expand military ties with its old ally, a regular customer for Russia’s weapons makers.

He said the two nations could work together on developing a next-generation fighter aircraft and a supersonic cruise missile.

Though he did not specify which model of submarine would be involved, local news media reported it was the Nerpa, a nuclear-powered submarine involved in a recent accident that killed 20 seamen.

The Nerpa was undergoing tests in the Sea of Japan when its firefighting system switched on in error.

Spewing freon gas asphyxiated 20 seamen and hospitalised 21. Officials blamed the accident on a seaman who interfered with the firefighting system.

Medvedev said the submarine accident wouldn’t have “any negative influence on our relations,” because it resulted from “the so-called human factor – that is poor training of some of the crew”.

“It does not characterise the state of this project, of this nuclear submarine,” he said, adding that Russia will inform India about the results of the official probe.

Russian officials said that a deal for Russia to build another four nuclear reactors in the southern town of Kudankulam could be signed during Medvedev’s visit.

Russia already has been building two reactors at the site which are near completion. 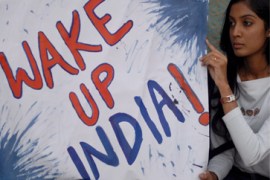 Will they be able to channel their anger into a movement for change? 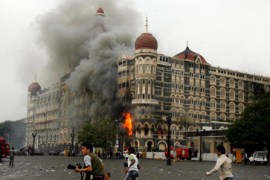 Why was Mumbai targeted?

As they begin to rebuild their shattered lives, residents ask why they were targeted. 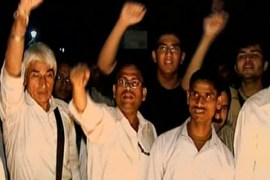 Video: Anger in India after attacks

A thousand people gather outside Taj Mahal hotel to mourn and protest. 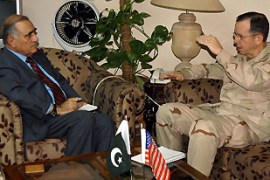