Attending the Nairobi summit will be Ban Ki-moon, the UN chief; the presidents of the DRC, Rwanda, Kenya, Uganda, Tanzania and Burundi; and Olusegun Obasanjo, the UN’s newly appointed envoy to the DRC and former Nigerian president.

General Laurent Nkunda, who heads the rebel movement fighting the Congolese government, is not attending the talks.

He said the crisis would not end his rebellion unless it could convince Kabila to negotiate directly with him.

“It’s only a regional summit. It doesn’t have any impact on our demands,” Nkunda told the Reuters news agency by telephone on Friday.

Thousands of civilians have fled fighting in eastern Congo despite an official ceasefire.

UN peacekeepers found on Thursday the corpses of at least a dozen civilians in Kiwanja, a town 70km north of Goma, the capital of Nord-Kivu.

“People are being slaughtered and Monuc did nothing,” he said.

Zeina Awad, reporting for Al Jazeera from Nairobi, said parties to the talks had come to the negotiating table with “divergent starting points and demands”.

Awad said the UN would seek a stronger mandate and 3,000 troops to supplement the existing 7000-strong force in the Congo.

The Nord-Kivu government army commander blamed the militia for the clashes and said his own forces would respect the ceasefire.

On Wednesday, Nkunda said he was upholding the ceasefire he declared last week after halting his forces’ advance towards Goma, where aid agencies are struggling to help some of an estimated million refugees displaced by two years of conflict in Nord-Kivu.

“It’s still being maintained,” Nkunda told the Reuters by telephone from his hilltop headquarters in North Kivu. 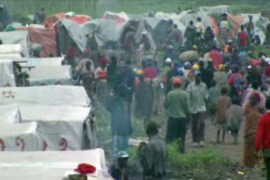 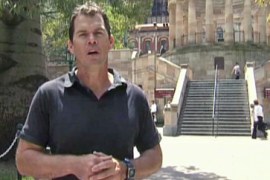 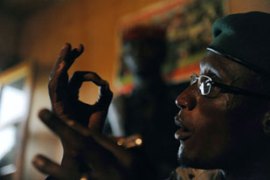