Barzani, who heads the Kurdish administration in the country’s north, had offered his region as an alternative for US military bases if the status of forces agreement being negotiated between Washington and Baghdad fell through.

Iraqi newspaper Khabat quoted Barzani, who has strongly backed the controversial proposal, as saying during a recent visit to Washington that his regional government would “welcome” the setting up of US military bases.

“All the attempts are going right now to sign the pact, but if the pact is not signed and if US asked to keep their troops in Kurdistan, I think the parliament, the people and government of Kurdistan will welcome this warmly,” he said at the Centre for Strategic and International Studies.

Supporters of Muqtada al-Sadr, a Shia leader, criticised Barzani for his comments.

“We reject the statement by Massud Barzani,” Sheikh Saleh al-Obeidi, a spokesman for the group, told the AFP news agency.

“This position reminds us that Kurds want to separate … There is a constitution in this country and they have to respect it.”

The US government – after initially balking at making any changes demanded by the Iraqi government in the draft pact – is now expected to respond in the next few days.

The agreement is supposed to outline the framework under which US forces will stay in Iraq beyond 2008.

The signing of the pact was delayed after the Iraqi cabinet sought key changes, including greater legal jurisdiction over US troops and guarantees that US soldiers would not launch attacks on other countries from Iraq.

The pact is unpopular among Arab Iraqis who have seen the bulk of violence and destruction since the US-led invasion in 2003, and who see the pact as nothing more than another form of occupation.

Al Jazeera’s Hoda Abdel Hamid reporting from the Kurdish city of Irbil, said that Kurds felt safer having US troops around given the distrust between the Kurds and the Arabs.

Kurds have also been spared the worst of the violence since 2003 and many actually feel that their lives have improved over the last five years, with foreign investments and a flourishing local economy, our correspondent said. 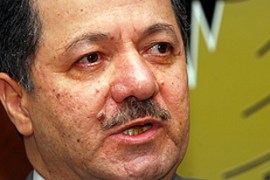 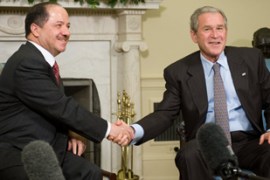 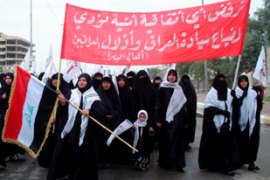 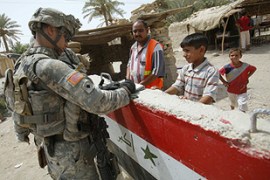