Earlier Indonesia’s Supreme Court said that a last ditch appeal launched on Monday by lawyers acting for relatives of Amrozi and Mukhlas would not delay their execution.

With the executions thought to be imminent, tight security has been put in place across Indonesia in anticipation of any backlash by supporters of the bombers.

On Monday a bomb threat against a Jakarta shopping mall was investigated and found to be a hoax.

Indonesia does not usually publicise the exact date of executions, but officials have said that with all legal avenues exhausted they are ready to carry out the death sentences.

In their appeal lodged on Monday lawyers for the three men said they sought to question previous appeal decisions over their execution.

But a spokesman for Indonesia’s Supreme Court told reporters the appeal was invalid.

“A judicial review will not delay the implementation of the verdict, even for the death penalty,” said Djoko Sarwoko, who is also a Supreme Court judge.

His comments were echoed by the office of Indonesia’s attorney-general, who said all legal options for the men had run out.

“No more appeals can be accepted because the limit is only one,” a spokesman said.

The men have had at least three appeals considered and rejected by Indonesian courts.

Last month Indonesia’s constitutional court overruled a petition from the bombers arguing the country’s method of execution by firing squad was inhumane.

The three will be shot be firing squad in the grounds of the high security prison on the island of Nusakambangan, off the south coast of Java.

Executions in Indonesia are usually carried out late at night.

The 2002 Bali bombings left 202 people dead, including Indonesians and foreign tourists, many of them Australian.

The attack was blamed on the Jemaah Islamiyah group, which Western intelligence agencies say has close ties to al-Qaeda. 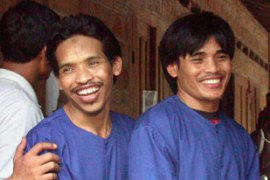 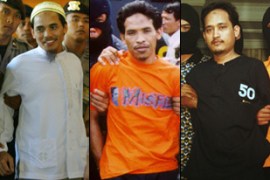 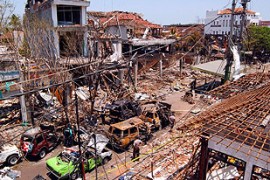 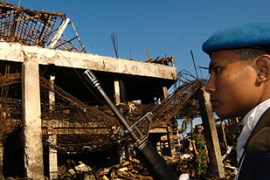