Fighting between the two sides escalated in July with aid agencies estimating that about 600,000 people have been forced to leave their homes since August.

Many are now living on hand-outs in evacuation centres in regions neighbouring Mindanao, a southern island in the Philippines and the country’s Muslim heartland, with others leaving the area altogether.

Nasmiya moved her five children to Manila, the mainly Christian capital, two months ago from one of the worst affected areas.

“Moving is difficult but what is more difficult is when you are in the middle of a war, you don’t know where the bullets will hit,” she told Al Jazeera.

“The military attacked very close to our home. We ran out of the house, carrying my children.

Al Jazeera’s Marga Ortigas said: “Life is not much easier for them here. Many who flee to the cities end up jobless or selling whatever they can in markets and on the streets. The lucky ones live off relatives.

“Some say it’s not easy being Muslim [in the capital], that they face discrimination.”

Way out of conflict

Make-shift schools in Manila have become oversubscribed with evacuees from Mindanao in the last three months.

But those who organise the schools and education for parents insist that they are necessary for those exposed to the fighting, to allow them to find a permanent way out of the conflict.

“When people feel helpless, their alternative is to get back at the parties that bring them such catastrophes and this is what we are trying to avoid,” Taha Basman, from the Centre for Moderate Muslims, said.

The Mindanao conflict first flared in the 1960s when the Muslim minority – known as the Moros – took up arms. 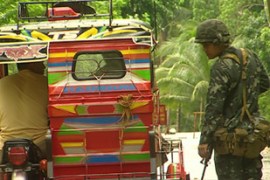 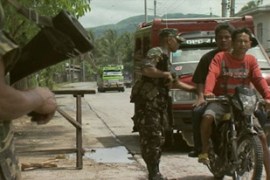 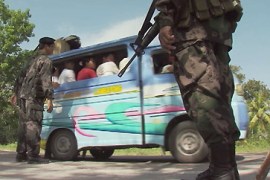 Hopes for end to decades of violence dashed as peace deal breaks down.