The latest blast comes amid a standoff between police and thousands of demonstrators who have occupied Bangkok’s main airports, crippling the country’s tourism industry.

Thailand’s political crisis has deepened since the PAD began a “final battle” on Monday to unseat Somchai Wongsawat, the Thai prime minister, who they accuse of being a pawn of former leader Thaksin Shinawatra, his brother-in-law.

PAD supporters, for their part, deflated the tyres of ambulances and police vehicles at a police checkpoint.

Chamlong Srimuang, PAD co-leader and a retired general,  told supporters on Saturday not to go to Suvarnabhumi as there were enough people there and instead go to Government House, where the protests started months ago. 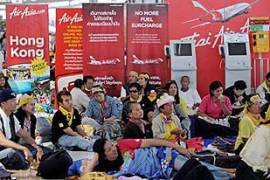 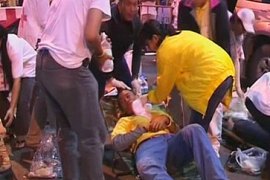