A UN official said several of the injured in the rocket attack on the organisation’s compound are in serious condition and that the death toll might rise.

Their nationalities of the victims have not been released.

The incident took place in the heavily guarded Green Zone in the centre of Baghdad where the Iraqi parliament and a number of government buildings and foreign embassies are located. 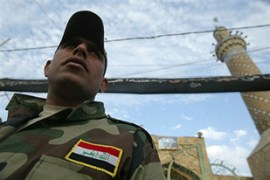