The EU states are being urged to spend an extra 1.5 per cent of their gross domestic product (GDP).

About $170bn of the $250bn sum will come from national governments and the rest from EU funds and the bloc’s lending arm, the European investment bank.

Barroso said that, just as in recent weeks when EU governments had acted jointly to shore up credit and restore some market confidence, they should now act together again on fiscal measures.

The measures will need to be approved at the next EU summit which takes place in December.

The initiative comes a day after the Paris-based Organisation for Economic Co-operation and Development (OECD) said the global financial crisis was likely push the world’s developed countries into their worst recession since the early 1980s.

The commission echoed the OECD’s conclusion that timely, targeted, temporary and co-ordinated measures were needed to address the downturn, including tax cuts.

The EU currently limits budget deficits in euro zone nations to three per cent of GDP, but the European Commission will impose less strict deadlines for governments to return that figure.

Economic reforms must be enacted across the EU to make European economies more competitive through retraining programs and slashing red tape and financial aid for research and development projects, the report said.

The zone of 15 EU nations that share the euro as their currency officially entered a recession on November 14, recording a 0.2 per cent drop in economic output for two successive quarters.

While the need for drastic measures has not escaped EU governments, significant differences between them have emerged in recent days.

Angela Merkel, the German chancellor and Nicolas Sarkozy, the French president, rejected a co-ordinated cut in value-added taxes (VAT) on Monday as Britain announced it was cutting its own to 15 per cent from 17.5 per cent. 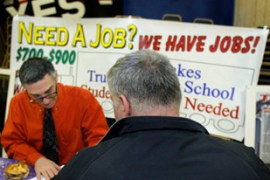 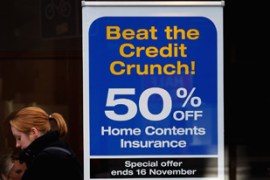