There was no immediate comment from the separatists, but most communication with the north of the island has been cut by a major military offensive launched after Colombo pulled out of a Norwegian-brokered truce with the Tamil Tigers in January.

The Sri Lankan military statement followed a report from the Tigers saying they had forced back a new push into their territory by government forces.

A website affiliated to the separatists had said on Wednesday that Tamil Tiger fighters had killed 36 soldiers along the defensive line.

Keheliya Rambukwella, the government spokesman for security and national defence, told Al Jazeera that the military the breakthrough could bring to an end to Tamil Tiger control in Jaffna peninsula.

“Muhamalai is known as one of the areas that is difficult to penetrate because of the bottleneck situation,” he said.

“I am happy to say that we have moved on to the first defence line of the LTTE effectively and that will certainly help us because we have been held up there for a couple of years.

The Sri Lankan defence ministry has reported a number of significant gains in recent weeks, including the towns of Mankulam, located just south of the LTTE’s major stronghold of Kilinochchi, Kumalamunai, and Poonenyn on the western coast.

Tens of thousands of people have been killed since the LTTE began an armed struggle in 1972 to set up a separate region for minority Tamils. 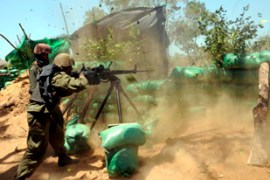 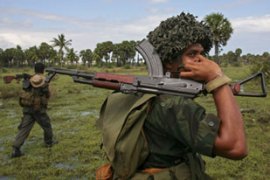 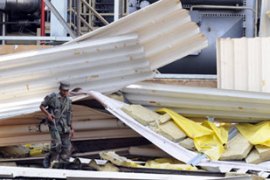 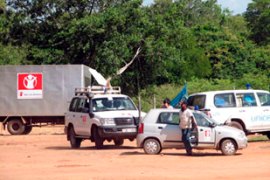