Darling hopes that the cut in sales tax to 15 per cent, the lowest level allowed by the European Union, will boost consumers’ spending power before Christmas.

The cut is to be reversed after one year.

In March, Darling forecast economic growth of about two per cent this year and around 2.75 per cent next year.

In Monday’s address, he dramatically cut growth forecasts for 2009 to between -0.75 per cent and -1.25 per cent, the largest ever downward revision by a UK finance minister.

Although the handling of the financial crisis by Gordon Brown, the British prime minister, has lifted his declining popularity, a poll published on Sunday still showed his Labour party trailing the opposition Conservatives by 11 points, a wider margin than some other recent surveys.

His chances of winning the next election, due by mid-2010, may depend on the recession being relatively short and shallow, but that is looking increasingly unlikely.

Germany, the Netherlands and Spain have already announced stimulus plans.

A European Union package, worth up to $163bn, will be unveiled on Wednesday. 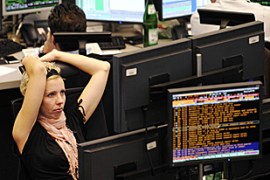 Bank of England cuts lending rates to three per cent in biggest reduction since 1981. 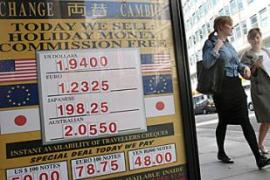 British people have never had it so good, if the financial gurus are to be believed.