Neither the US navy, which is tracking the saga closely along with other international naval vessels in the area, nor the ship’s operators have confirmed any ransom demand.

The pirates had originally been quoted as wanting $25 million to release the Sirius Star, which has $100 million of oil on board as well as 25 crew members from Britain, Poland, Croatia, Saudi Arabia and the Philippines.

Adow said that pirates had taken the ship further out to 100km off the coast of central Somalia after Muslim fighters entered the town in recent days in search of the group.

He said his men are out to confront the pirates and release the Sirius Star because it is a “Muslim” ship.

But residents say other fighters are intent on getting a cut of any ransom payment.

The capture of the Sirius Star has stirred up the small dusty harbour into a frenzy of activity, witnesses say, with armed men riding backwards and forwards on cars all over town.

The Islamic Courts, which have been fighting the Somali government and its Ethiopian military allies for the last two years, denounce piracy in public.

At least three other ships have been taken since the Sirius Star was captured and more than a dozen vessels with about 280 sailors on board are being held in Somali waters.

More than 120 attacks have been reported off the coast of Somalia this year.

More Somalis were becoming involved in piracy every day because of the money that can be made from the ransoms paid by ship owners.

The International Association of Independent Tanker Owners (Intertanko) has called for international action to tackle the situation.

Many operators are considering sending their vessels around the tip of South Africa to avoid pirates, it said. 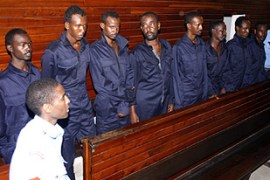 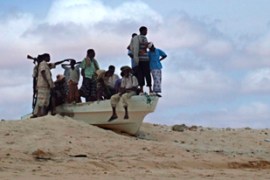 Security Council to impose sanctions on those who threaten peace talks. 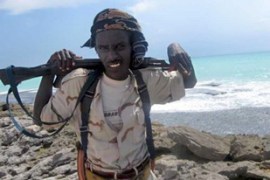 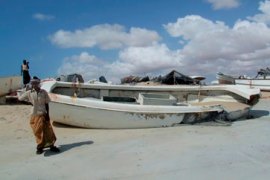 Q&A: Piracy in the Gulf of Aden

Piracy pushes up costs as vessels come under attack off the coast of Somalia.