“Our hope is that the new congress begins work on this as soon as they take office in early January, because we don’t have time to waste here,” David Axelrod, Obama’s senior adviser, said on Sunday.

“We want to hit the ground running on January 20.”

Steny Hoyer, the second-ranking Democrat in the House of Representatives, acknowledged a readiness for quick action, saying: “We expect to have during the first couple of weeks of January a package for the president’s consideration when he takes office.”

Obama’s aides, however, said the January proposal excluded immediate tax hikes for wealthy Americans, an election pledge the next US president said would help pay for increased tax relief for low- and middle-income earners.

“There won’t be any tax increases in the January package,” one unnamed aide said, but suggested that Obama could move on that once the current administration’s tax cuts expire in 2011.

Aides have also been unwilling to discuss the size of the stimulus package, although economists have called for spending as much as $600bn to jolt the economy back on to a positive trajectory.

Austan Goolsbee, Obama’s economic adviser, said he did not know what the figure was going to be, “but it’s going to be a big number”.

“It has to be. The point is to, kind of, get people back on track and startle the thing into submission,” he said.

Obama also faces a stern test in tackling US unemployment, which has risen to its highest level in 16 years according to the country’s labour department.

On Saturday the president-elect announced plans to create 2.5 million new jobs across the US over the next two years as part of the next administration’s economic recovery package.

Meanwhile Axelrod confirmed that several key appointments would be announced this week, with Timothy Geithner, the president of the New York Federal Reserve, to lead the US treasury.

“The response has been great, and it should be… Tim Geithner is uniquely qualified to do this job,” Axelrod said.

The benchmark Dow Jones stock index rose more than six per cent on Friday after word of Geithner’s appointment leaked out.

Obama is expected to formally announce Geithner’s appointment on Monday.

An unidentified party official familiar with the negotiations said the announcement of Richardson, who had served as UN ambassador in the Clinton administration and later as energy secretary, will be made after the Thanksgiving holiday on Thursday. 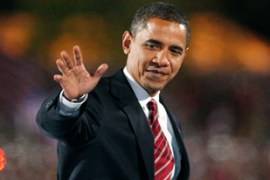 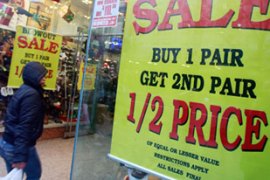 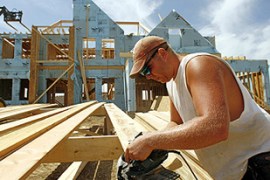