He says the markets are always the best measure of how things were going and in this case, they were signalling their approval of Obama’s first move in tackling the country’s economic woes.

Geithner’s US treasury post, which is subject to approval by the US congress, is considered one of the most powerful in government, and he is now tasked with managing a massive $700bn financial rescue package for faltering US financial institutions.

“We’ll need to bring together the best minds in America to guide us and that is what I’ve sought to do in assembling my economic team,” Obama said.

“I’ve sought leaders who could offer both sound judgment and fresh thinking, both a depth of experience and a wealth of bold new ideas and most of all, who share my fundamental belief that we cannot have a thriving Wall Street while Main Street suffers,” he said.

Al Jazeera’s Rob Reynolds in Chicago said the announcement of the appointments was part of a confidence-building exercise aimed at reassuring Wall Street and the wider US public.

“He want to send a message to Wall Street and Main Street that his team will hit the ground running and try and turn around the economic situation.”

US economic woes have worsened since Obama won the presidential election on November 4, with unemployment rising sharply, the government taking part-ownership of banking giant Citigroup, and struggling car makers asking for a $25bn bailout to keep them afloat.

Obama, who takes over from George Bush on January 20, also vowed to quickly enact an economic stimulus plan designed to create 2.5 million jobs and end the economy’s current “vicious cycle” of crisis.

However, he declined to say how big a spending package he wants to revive the economy, but said: “It’s going to be costly”.

Some Democratic politicians have speculating that the two-year plan could be as big as $700bn.

However, financial markets fell during the announcement as traders were dismayed that Obama did not specify the size of the stimulus package.

On Saturday, Obama said he intended to put people back to work rebuilding roads and bridges, modernising schools, building wind farms, solar panels and fuel-efficient cars – part of a plan to break the US addiction on foreign oil.

Earlier this year, the Bush administration introduced a $170bn economic stimulus package designed the boost the flagging US economy. 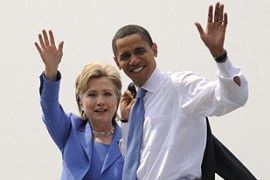 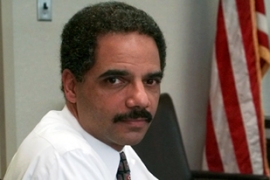 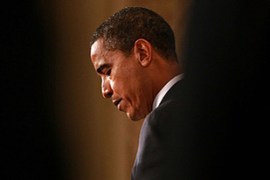