“We reject the calling of the elections because it is illegal and unconstitutional,” Fawzi Barhum, a Hamas spokesman, said.

Taher al-Nunu, another Hamas spokesman, said: “The law does not give any authority to the president on parliament and nobody can dissolve it before” elections are due in 2010.

Hamas won a victory in the last parliamentary elections in 2006.

Fatah and Hamas blame each other for obstructing efforts by Egypt to heal the rift between the Palestinians, which has undermined Abbas’s efforts to negotiate peace with Israel.

Abbas did not say how a single election could be held, given that Fatah and Hamas now dominate separate territories. While Fatah controls the West Bank, Hamas is in control of Gaza.

Neither did he did address the probability that Hamas would refuse to take part, given that it has rejected previous election calls.

Abbas fired the Hamas-led government after the group took over the Gaza Strip in June 2007 in fighting with Fatah loyalists who were driven out.

Hamas says it will not recognise Abbas as president once his four-year term expires on January 9. The group has demanded new presidential elections.

Abbas says the law gives him the right to stay in power until 2010.

Abbas said Egypt had drafted a reconciliation deal calling for a non-factional government to end the Palestinian split and prepare for new elections. But Hamas abstained from scheduled talks in Cairo earlier this month before they began.

“This is not the end of the road. We will pursue our efforts. We will continue,” Abbas said in the West Bank city of Ramallah.

The Palestinian president defended himself against accusations by Hamas that he is a puppet of Israel and the United States. “I do not succumb to the Israeli-American veto. I do what is in the interest of the Palestinian people.” 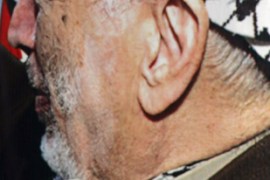 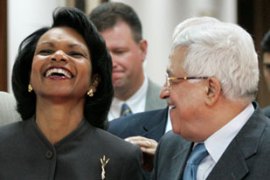