A man on a motorbike apparently threw a hand grenade into the protest camp in Saturday’s attack, the PAD’s website said.

It confirmed that eight people were wounded and said the critically hurt man was aged 33.

Most of the wounded were “volunteer” guards at the site, it said.

“[The attack] is absolutely the work of the government or perpetrators supported by the government,” Pibhop Dhongchai, the leader of the PAD, said.

“Police failed to thoroughly check for weapons at checkpoints.”

The PAD has set up security around the compound, where hundreds of protesters usually sleep.

The anti-government movement had already called for a mass rally to blockade parliament on Sunday in response to Thursday’s fatal grenade assault on protesters.

It has blamed the government for the earlier attack and called on it to step down.

The movement alleges that the government is a corrupt proxy for Thaksin Shinawatra, a former prime minister who was ousted in a bloodless military coup in 2006 after protests that were also led by the PAD.

After a brief lull in Thailand’s political crisis because of a royal funeral last week, fears of violence at Sunday’s rally are running high.

A similar protest on October 7 ended with clashes between police and demonstrators that left two people dead and at least 500 people wounded.

The crisis started after Thaksin’s allies won elections in December, angering members of the bureaucracy, military and palace who dislike the telecommunications tycoon. 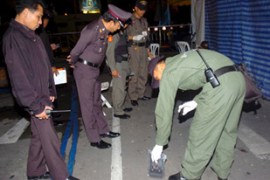 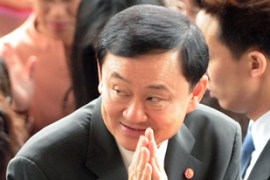 Ousted Thai PM says he will resume political activities as he searches for new home.