Earlier this week some politicians in the Duma argued that the law does not allow individual politicians to propose changes to the constitution.

They also complained at the apparent fast-tracking of the bill.

“All democratic principles were violated during the debate,” Nikolai Ryabov, a communist, said during Friday’s session.

“The bill was passed at such a speed as if people would start living better after its passage.”

The widely popular Putin, who preceded Medvedev as president and is now prime minister, was barred constitutionally from seeking a third straight term as president in elections this year.

Medvedev, who was backed by Putin, was resoundingly elected to the position in March.

If approved by the upper house, the change would not apply to Medvedev’s current term, which is due to end in 2012.

Putin has said that the change was not tailored to help him and would help boost democracy.

But the push to enact the constitutional change just months after Medvedev’s election has led to speculation that his term could be cut short to bring Putin back into the Kremlin.

Putin’s speech at the congress of the United Russia party on Thursday gave no immediate signal that he was eyeing a change in position.

Putin declared he was eagerly and competently doing his job as prime minister to help shelter Russians from the current global financial crisis.

However, Putin’s performance appeared aimed to cast himself as the best hope for a country at a difficult time. 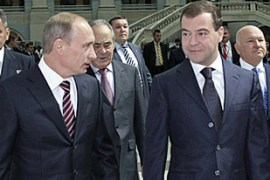 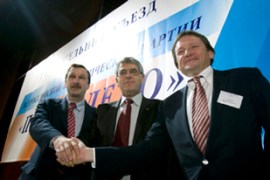 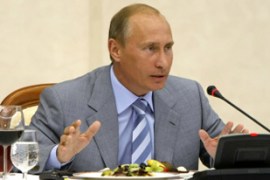 The constitutional change was overwhelmingly backed by the lower house. 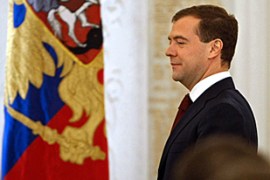