“In that light, the Tibetan public should come out with an opinion about what to do.”

Samdhong Rinpoche, the prime minister in exile, called for “open and frank discussion” during the meeting, but said that any new approach needed to have “the clear mandate of the people” and had to be brought before the parliament in exile for approval.

The Dalai Lama himself is not expected to attend the talks, saying he does not want to sway the debate with his opinions.

The meeting follows growing frustration in Tibet over Chinese rule, with an uprising in March in western China that was subsequently quelled by a violent crackdown by the Chinese authorities.

Following the incident, Chinese forces were said to have set up camps near major monasteries and towns while many monks were expelled from the clergy.

The younger generation of Tibetan exiles are calling for full independence, saying they cannot live with China.

Chophel, the parliament speaker, said a secret survey done recently in Tibet indicated more than 8,000 of 17,000 Tibetans were willing to follow the Dalai Lama’s “middle way”.

But the results also indicated more than twice as many wanted independence for their homeland.

Some analysts cautioned against any deviation from current policy, saying that a strong anti-Beijing sentiment could actually play into China’s hands.

“The people inside Tibet may say as quick as possible a solution is better, anything that will get the Chinese off our backs,” Robbie Barnett, an expert on Tibet at Columbia University, said.

But he warned that “it seems to be a possible Chinese strategy to make the radical section much stronger”.

Barnett said it could mean no contact with the Chinese government and tougher ties with the international community.

Any move by Tibetan exiles to push for independence is very likely to draw a backlash from China, bring an end to dialogue and scuttle the tenuous ties with Beijing.

A more confrontational approach would also put Tibetans living under Chinese rule at risk as they would bear the brunt of Beijing’s response.

Some delegates, however, were willing to accept such an outcome.

“We can’t live with China,” said Lobsang Phelgye, 55, who was representing the exile community in Nepal. 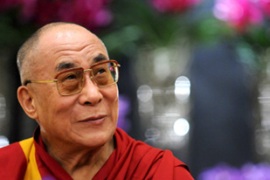 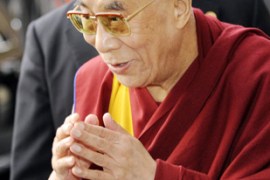