Obama had originally promised to shut the US prison in Cuba while on the campaign trail, but his comments on Sunday were the first confirmation of his intentions since the November 4 election.

He did not, however, elaborate on where the Guantanamo detainees would be sent or whether they would be put on trial, or released.

Obama’s comments come as he prepares later on Monday to meet John McCain – his former Republican presidential rival – for their first meeting since the US elections, to discuss possible bipartisan action on political issues.

Clive Stafford Smith, a human rights lawyer who has represented some of the Guantanamo detainees, warned that closing the prison was only the first step and that major hurdles still face the president-elect in dealing with the fall-out from the so-called “war on terror”.

One of the difficulties will be placing ex-detainees whose home countries are unwilling to take them back.

“The most difficult dilemma facing Obama is what to do with the 50-odd refugees and stateless people – people from Palestine, from various countries – who have been cleared for release but will have nowhere to go,” he told Al Jazeera.

“The biggest favour any country can do President-elect Obama right now is to offer to take some of these stateless people.”

Stafford Smith said the US estimates that it will put between 40 and 80 people on trial, while around 160 others should be released.

“Of these, about 90 are Yemenis. It is a big problem and America needs to find a way of reaching an agreement with Yemen to take them back,” he said.

In addition, Stafford Smith, who is also director of the human rights charity Reprieve, said Obama would have to deal with the thousands of detainees held in other countries.

“Guantanamo is only a small part of the problem … the huge majority of [detainees] are in other places like Iraq, Diego Garcia, Ethiopia … this is a much more difficult issue.”

He also warned it would be difficult to ensure that former Guantanamo prisoners would receive a fair trial even if their cases were heard within the mainstream US judicial system.

Tim McCormack, professor of international humanitarian law at the University of Melbourne and adviser to former-Guantanamo detainee David Hicks, says the quality of evidence appeared not to support the type and number of arrests.

“[If you look] at the way in which the UK dealt with its nationals, the UK brought them back to the UK, they were interrogated by the UK authorities and on the basis of finding insufficient evidence, they were all released,” he said.

Louise Christian, a British human rights lawyer who represented UK detainees released in 2004, cautioned the closure of the Cuba-based camp would not amount to a “real move” unless everyone is released.

She also said the US had a “clear responsibility” to ex-detainees who cannot return home and urged the new administration to find a solution, noting US-based refugee groups had said they were prepared to look after them.

Obama’s comments also came as the US revealed that it had held a dozen juveniles at Guantanamo, four more than it had reported to the UN in May.

The admission came after a study released by the Centre for the Study of Human Rights in the Americas last week said the US has held at least a dozen juveniles at Guantanamo, including a Saudi who committed suicide in 2006.

The study said eight of them had been released.

About 250 prisoners are still being held at the US naval camp in Cuba on suspicion of “terrorism” or links to al-Qaeda or the Taliban.

The US president-elect, in a television interview aired on Sunday, also pledged to withdraw troops from Iraq as part of rebuilding “America’s moral stature”. 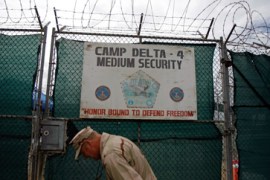 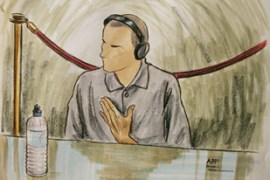