The leaflets, which carry messages critical of the North Korean leadership, are thought to have been a factor in the North’s announcement last week that it would shut the border dividing the two countries from December 1.

The leaflet drops are organised by South Korean political groups and North Korean activists who have escaped to the South.

The South Korean government says it has asked the groups to stop the airdrops, but says that so far it has been unable to find any legal reason to ban them.

But with North-South relations plunging to new lows, officials appear to be stepping up efforts to persuade the groups to rein-in their activities.

Last month a rare meeting of military commanders from North and South Korea saw the North issue a strongly-worded complaint about the leaflet drops, followed up by threats to turn the south to “debris”.

News that the government was looking at steps to ban to the leaflet drops came as South Korea’s president said he would have no objections to a direct meeting between Barack Obama, the US president-elect, and Kim Jong-il, the North Korean leader.

Lee Myung-bak was quoted by South Korea’s Yonhap news agency as telling reporters after the G20 summit in Washington that he would support a meeting if it meant an easing of tensions on the peninsula over North Korea’s nuclear programme.

The US is South Korea’s most important ally and has based more than 30,000 troops along the heavily-fortified border dividing the Korean peninsula to guarantee South Korea’s security.

If the North goes ahead with its threat to close the border, it could effectively shut down a jointly operated industrial park on the northern side of the border.

The park, near the city of Kaesong, is one of the few joint North-South ventures in operation and its closure would further undermine efforts to build bridges between the two rivals.

More than 32,000 North Koreans work some 80 South Korean-owned factories at the Kaesong park, contributing tens of millions of dollars a year to the impoverished North Korean economy. 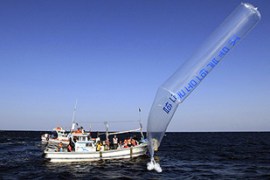 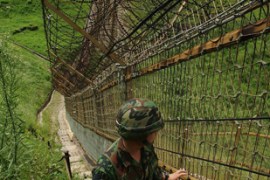 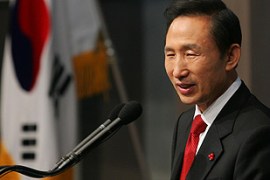 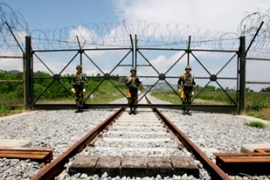