Both the EU and the UN have been criticised for their slow and inadequate response.

EU countries will also consider how the United Nations peacekeeping mission, which at 17,000 troops is the UN’s largest, could be reinforced, the statement said.

Nkunda’s men had swept to the outskirts of a strategic crossroads town of Kanyabayonga in eastern North Kivu province by Thursday where hundreds of government troops and UN peacekeepers are stationed.

Juliette Prodhan, head of Oxfam in the DR Congo, said countries need to exert greater effort in sending more support to the peacekeepers.

“It is clear that hundreds of thousands of people in eastern Congo are not getting the protection they desperately need… People have told us that they feel like they are the living dead and that their lives no longer have any value.

“The world needs to show them that that is not true, by redoubling their efforts to secure a ceasefire and by providing immediate additional support to the UN peacekeepers,” she said. 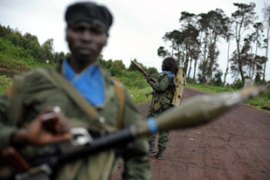 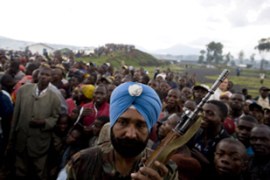 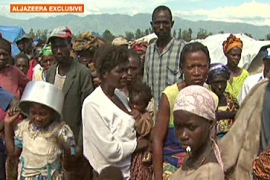 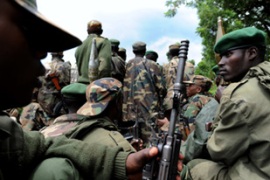