Bush said the forthcoming meeting of leaders from the world’s top 20 economies in Washington DC will focus on five objectives – understanding the causes of the crisis, reviewing the effectiveness of responses, developing principles for reform, launching a specific plan and assuring the world that free-market principles were the only way to reach prosperity.

“The answer is not to reinvent the system, it’s to fix the problems we face and move forward with the free-market principles,” he said.

However, Thomas Palley, an economist, told Al Jazeera: “We have had an experiment in laissez-faire capitalism and that has not worked.”

“More regulation [of markets] is going to be part of the solution [to the world economic crisis],” he said.

Asked whether Bush was right to insist on having one form of US-style, unregulated, free-market capitalism, Palley said: “He has a tendency to talk in that sort of way, and it is very unattractive and it is wrong.

“We need to look at the varieties of capitalism … we don’t want laissez-faire capitalism but we do want sensibly-managed capitalism.”

The speech by Bush came a day after Henry Paulson, the US treasury secretary, said that the $700bn US government bailout should stop buying up bank mortgage debts.

Paulson said a day earlier the US should instead focus on using the funds to underwrite credit debt such as credit cards and student and car loans in a bid to improve the consumer credit market.

Paulson also said the US was also looking at a second wave of government investment into financial institutions as a quick way to cushion potential losses, but appeared to rule out assistance for the US’s ailing auto industry.

US stocks staged a huge rebound on Thursday to close nearly seven per cent, or 550 points, higher at 8,835.

The rise came despite US Labour Department data showing the number of US workers filing new claims for jobless benefits rose last week to 516,000, the highest level since just after the September 11 attacks in 2001.

The increase also followed three days of selling that wiped about $1 trillion from company values.

Also on Thursday, US hedge fund managers testifying at a US House of Representatives hearing said they would welcome more transparency in the markets.

Fund managers told the committee that they would support the creation of
public exchanges or “clearinghouses” which would provide more transparency for
credit default swaps, a complicated form of investments blamed by many analysts for the current financial crisis.

However, committee members warned that hedge funds could be the next major financial institutions to collapse.

G20 leaders – key emerging-market countries such as China, India, Brazil and South Africa along with the “Group of Seven” or G7 industrial nations – will meet on Friday and Saturday in Washington to spur on efforts to overhaul the global financial framework.

World markets have slumped in recent months despite world governments pumping billions of dollars into markets in a bid to ease prevent the global economy from spiraling into a recession.

However, there has been anger among developing nations that they have not been invited to the meeting, despite their economies being adversely affected by the crisis.

The summit is the first in a series to be held over the current global crisis, with more to be held after Bush leaves office and Barack Obama becomes the next president. 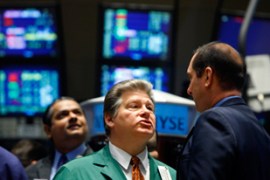