The group included Nilar Thein, who had to abandon her newborn daughter when she went into hiding during the August 2007 crackdown against the leaders of the protests, which became a major challenge to decades of military rule.

Nay Phone Latt, the blogger who was arrested following massive anti-government protests last year, is to serve his sentence in Insein prison.

He was sentenced on Monday along with with Saw Wai, a poet who was accused of penning a secret anti-government message in one of his works.

Aye Than, his mother, said that she had not been allowed to attend his trial and that he had not been represented by his lawyer, who began serving a four-month prison sentence for contempt of court last Friday.

“My son is a computer expert and he has not violated any criminal law … it is very unfair,” she said.

Philip Robertson, the director of Asia Human Rights Labour Advocates, told Al Jazeera that Myanmar’s government was “taking advantage of the inattention of the international community to really throw the book at a number of people”.

“Post [Cyclone] Nargis, the international community’s attention has moved elsewhere so we’re seeing a larger crackdown all over Myanmar, with student leaders, monks, and even senior lawyers working for the NLD being thrown in jail,” he said.

A spokesman for the opposition NLD described Nay Phone Latt, a former party member, as “a young and intelligent blogger and computer expert”.

“The government is expediting the trials of political prisoners and many have been given lengthy prison sentences,” said Nyan Win, a spokesman for the party, whose leader, Aung San Suu Kyi, the Nobel peace laureate, has been under detention for more than 12 of the past 18 years.

Nyan Win also said that Tun Tun Naing, a party youth member who was arrested last year, was sentenced to 19 years in prison on Friday.

The first word of each line in the eight-line poem spelled out the phrase: “Power Crazy Senior General Than Shwe,” a reference to the leader of the country’s military government.

News of the convictions came as George Bush, the outgoing US president, nominated Michael Green, a former top adviser on Asian affairs, to be his special envoy and policy chief for Myanmar.

If confirmed by the US senate, Green “will serve as our main interlocutor with other countries and organisations as we attempt to help the Burmese people” Gordon Johndroe, a spokesman for the US National Security Council, said.

The post was created by the US congress with an eye on increasing pressure on the military government of Myanmar, formerly known as Burma. 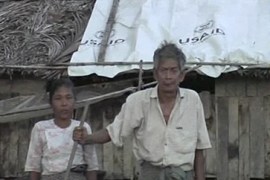 Video: After the Myanmar cyclone 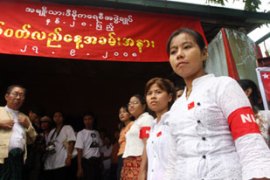 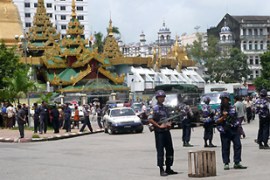 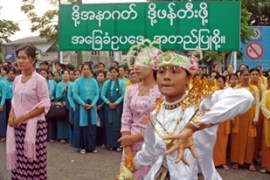 Opposition claims military is targeting those who are opposed to new consititution.