Supporters of Bouteflika say that he is best placed to continue to rebuild Algeria, which suffered a civil war in the 1990s. More than 150,000 people died during the conflict.

Opposition politicians have rallied against making changes to the constitution, saying that the presidential office already has broad control of the courts and legislature.

Algeria is an influential member of the Organisation of the Petroleum Exporting Countries (Opec) and is Africa’s largest gas exporter.

About 20 per cent of the Europe’s gas imports come from Algeria.

Algeria’s government is battling against fighters from al-Qaeda in the Islamic Maghreb, the north African wing of al-Qaeda.

Al-Qaeda has been blamed for several bomb attacks and shootings in Algeria in recent years.

Although Algeria is Africa’s third-largest economy, the government has been criticised for not improving the lives of most Algerians through an oil revenue windfall.

Bouteflika’s political allies have appealed to the president to run for another term, saying that he is the only candidate who possesses enough skill and international weight to preside over the country.

The planned changes for the constitution were not submitted to a referendum by Bouteflika as he argues that any alterations will not change the basic system of political power.

But some analysts say that Algerians will be uncomfortable with constitutional changes being made without popular endorsement.

Wholesale changes to the constitution will not alter the perception among ordinary Algerians that a political elite is ignoring their needs, commentators say. 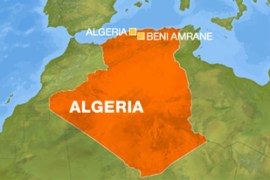 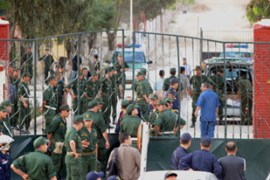 Muslim groups suspected but no group has claimed responsibility for the attacks yet. 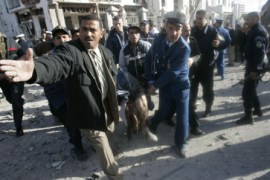