Stolt Strength, with 21 Filipino crew, was seized nearly two months after its sister freighter, Stolt Valor, was taken in the same region.

There have been least 81 pirates attacks in the region this year, including 32 hijackings, according to the International Maritime Bureau’s (IMB) piracy reporting centre in Kuala Lumpur.

Eleven ships and more than 200 crew members are still being held by Somali pirates.

On Monday, the European Union launched a security operation off the coast of Somalia – its first-ever naval mission – to combat  growing acts of piracy and protect ships carrying aid agency deliveries.

Dubbed Operation Atalanta, the mission, endorsed by the bloc’s defence ministers at talks in Brussels, will be led by Britain, with its headquarters in Northwood, near London.

Pirates are well organised in the area where Somalia’s northeastern tip juts into the Indian Ocean, preying on a key maritime route leading to the Suez Canal through which an estimated  30 per cent of the world’s oil transits.

Nato warships, along with ships and aircraft from several other nations have been deployed in the region to protect commercial shipping. 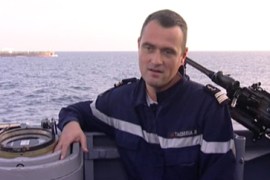 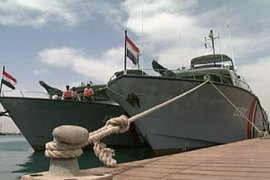 Yemeni coastguards find themselves outpaced and outgunned by Somali pirates. 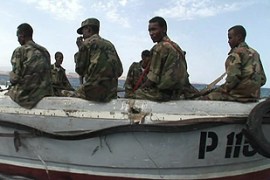 A chemical tanker with a 20-strong crew and a WFP-chartered ship fall into pirates’ hands.