It is unclear as yet why the British government revoked the visas for Thaksin and his wife.

Thaksin added that while he had been living in Beijing in recent days, he planned to move on to another undisclosed location.

Last month a court in Thailand sentenced Thaksin to two years in jail after finding him guilty of abusing his powers while prime minister.

Thailand has been wracked by months of political turmoil with continuing anti-Thaksin protests led by the People’s Alliance for Democracy (PAD) – an unelected group led by royalists, academics and businessmen .

PAD supporters have occupied the official compound of the prime minister’s offices since August, demanding that the current government stacked with Thaksin loyalists steps aside.

The crisis has shown no signs of resolution, to the dismay of Thai investors worried about the lack of a functioning government with a global recession looming. 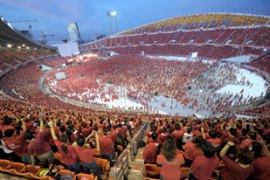 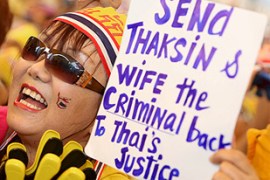 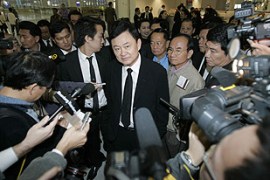