Analysts said the court decision could cast fresh doubts on whether parliamentary elections would be held as promised in December.

“It will strengthen the perception among many people (mostly BNP supporters) that the interim authority is favouring the Awami League to clinch power in the coming election,” Asif Nazrul, a law professor at the Dhaka University, said.

Khaleda and some of her co-accused are now free on bail but the court summoned the four former ministers to surrender by Monday and then sent them to jail. The next hearing is set for November 13.

Hundreds of BNP and Jammat supporters gathered outside the court and burst into anger after hearing the verdict. But police drove them back, witnesses said.

Dozens of top political leaders, including Khaleda and Hasina were arrested for alleged graft and abuse of power, after the army-backed interim authority took over in January 2007 and launched a drive against corruption in public life.

But most of them, including the former premiers, have been set free on bail or parole, as the government desperately wants to ensure participation of their parties in the December election, to make it credible and peaceful.

The election commission says those convicted by the special power courts under emergency rules would be barred from the election, even if they have appealed against their sentences. 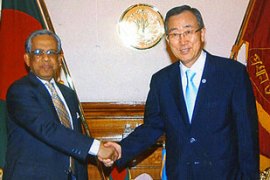 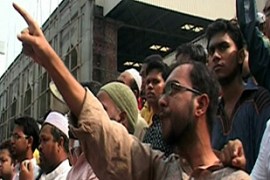 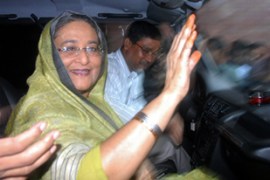 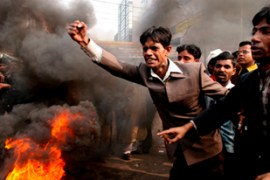